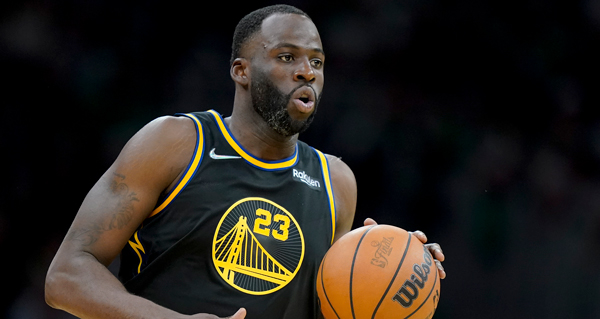 The future of Draymond Green with the Golden State Warriors is uncertain as he enters the final two seasons of his current deal while he has the option of becoming a free agent in 2023. Green also punched Jordan Poole during a preseason practice that has tested the team's patience with him on a personal level.

Green, however, is unlikely to decline his $27.5 million option.

"For Draymond Green with that $27.5 million option next season, he almost assuredly is going to exercise that," said Adrian Wojnarowski. "I'm not sure that money, on a long-term deal, is going to be available on the marketplace.

"Two years left on his deal. There can be a room for an extension at the end of those two years, or a new deal that probably is south of that $27.5 million. Perhaps isn't a raise off that. But if the Warriors are winning and Draymond is still a highly productive player and wants to be there, I don't think it means that his days are necessarily numbered in Golden State."