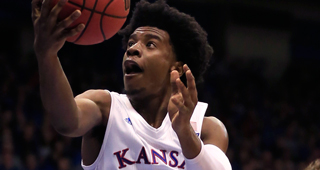 The protracted rebuild is tedious and trying. The Nets are in year four of a six-year process of getting back to zero. The Sixers had to bottom out for four seasons to nab Joel Embiid, Ben Simmons, and Markelle Fultz—a promising core with almost zero NBA experience and some rather large injury question marks. After LeBron James left for Miami, the Cavs spent four years tanking, more or less screwed everything up outside of drafting Kyrie Irving, and then LeBron came back and made the failed project look like a success. The Oklahoma City model hasn’t yet worked out for anybody, not even Oklahoma City, and perhaps its biggest drawback is its yawning indefiniteness: unpolished young talent accrues, the losses keep coming, and it’s hard to demarcate the beginning of phase two. Are we supposed to be excited for this season or is this another lottery year?

The Phoenix Suns have been aimless since Steve Nash left in the summer of 2012. What was once a perennially competitive franchise has hit the skids, unconvincingly trying to stay good in Nash’s absence (25-and-57 in 2013), then kind of getting the hang of it (48-and-34 in 2014; Goran Dragiċ ascends!), then crashing by accident (39-and-43 in 2015; that disastrous Dragiċ-Bledsoe-Thomas hydra); then crashing on purpose (everything since).

Not that the entire sequence has been a conscious rebuild, but for the price of four lousy seasons and a single medium-satisfying one, the Suns now have a roster where basically no one matters except Devin Booker, Josh Jackson, Dragan Bender, and Marquese Chriss. Booker is already special at twenty as a no-defense guard who can score from anywhere, but everyone else is still in the developmental stage of their careers. Marquese Chriss is a Tyrus Thomas-like athlete with unfortunately Tyrus Thomas-like offensive acumen. Bender is supposed to be a prototypically well-rounded European stretch big, but he’s barely NBA-caliber right now. Jackson is one of those forwards draftniks rave about until they get to the part about his jumper being completely busted. It’s impossible to pass judgment on those last three guys because they don’t have nearly enough professional experience yet, and it’s not an indictment to say they have serious flaws and are far from sure things. That’s true of a lot of young players who eventually make good on their potential. But they always inspire lots of anxiety in the process.

Because the under-twenty-ones aren’t going to figure everything out this year, the Suns are spending another season near the bottom of the standings. Brandon Knight has a torn ACL. Eric Bledsoe is forever on the trade block and can’t be counted on for more than about sixty games. Tyson Chandler and Jared Dudley are around to provide tutelage, not wins. Alex Len is eight more stagnant months away from signing for Real Madrid. There’s not much to analyze here: the Suns will be bad, mostly by design. If Booker makes a leap or Jackson is better than expected, they might be an entertaining kind of bad, but they’ll probably be one of a handful of teams most NBA fans forget about by December and remember only when the draft rolls around next summer.

This is sound strategy—why should the Suns push for a playoff spot when they don’t have the horses?—but it’s also an unconvincing impression of an actual basketball team. It’s a franchise punting on existence for another season while making vague if not ill-founded claims that this will put them in a better position going forward. We don’t talk enough about how strange this is because we see the warped logic in it, but there aren’t many endeavors in which blatantly not trying to be good at a thing you’re trying to eventually get good at will help you succeed down the line. You can’t microwave dinners for three years and become a better cook, or train for a marathon by planting your butt on the couch. Yet every season we see teams pack it in before a single game is played and acknowledge it as the smart play. Because it is. It also sucks.

The NBA recently passed lottery reform that will go into effect in 2018-19 and accomplishes next to nothing. It flattens out some odds and makes tanking for the absolute worst record in the league as opposed to the third-worst a pointless pursuit, but what is that supposed to encourage? Is an awful team that was built in the summer for the purpose of being awful going to clinch a top-three lottery spot and then give it their all for the last five games of the season with their roster of rookies and scrubs? Completely randomize the draft order, use the wheel proposal, or abolish the draft. Anything less drastic won’t solve the tanking problem.

It is, by the way, fine if the NBA doesn’t want to fix this issue, but it’s aggravating that they’re pretending to. It’s not the most important thing in the world, but it does make the league worse and it leaves fanbases in limbo for extended periods of time, knowing their favorite team is technically doing the right thing but also wondering if and when they’ll be able to root for something other than ping pong balls again. The Suns could be a lot of things, but at the moment they’re little more than blank space. They’ll be that way for no one really knows how long. There’s no concrete plan, just the idea that staying put is a way to go far. They aren’t wrong, but something is.