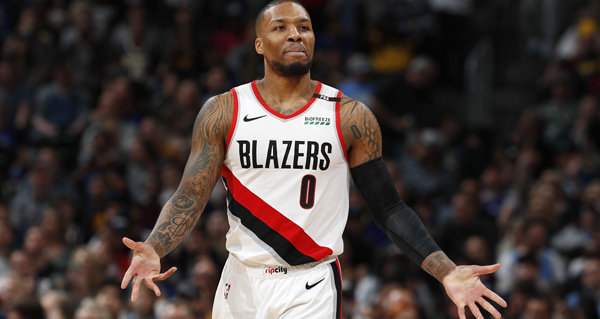 Luka Doncic is out due to a sprained ankle, but this is still the best League Pass matchup on a busy 10-game night. Dallas has plenty of talent even without Doncic. The Mavericks are trying to figure out the best way to incorporate recently acquired Willie Cauley-Stein into the lineup. Expect him to eventually take the starting center spot that opened up when Dwight Powell tore his Achilles’ tendon. That would give Dallas one of the biggest and most versatile starting groups in the league. Until then, Rick Carlisle will continue to mix and match lineups using one of the league’s deepest groups of bigs and guards.

The Pacers are working Victor Oladipo back into the lineup and it’s going well so far. Oladipo is shaking off the rust, but all the talent is clearly still there. Once he’s fully up to speed, Indiana should be able to rebalance their lineups to add some scoring punch to their bench. Domantas Sabonis made the All-Star team for the first time and will have a fun matchup with Kristaps Porzingis in this one.

Damian Lillard probably should show up to the arena with the fire department in tow, that’s how hot he’s been lately. Despite a mess of injuries, Lillard has carried Portland back into the playoff race in the Western Conference. The Blazers enter the week just 1.5 games behind the Grizzlies for the eighth seed. Keep an eye on Neil Olshey, as he’s always active around the trade deadline. And at some point, Portland should get Jusuf Nurkic back to help up front.

Denver is coming off a bad loss at Detroit. That loss continued a string of up-and-down play for the Nuggets. They’re 6-4 in their last 10 games and have slipped behind the LA Clippers in the battle for the two-seed behind the Los Angeles Lakers. Denver’s main issue right now is health, as Jamal Murray and Paul Millsap are both still out and have been joined by Gary Harris and Michael Porter Jr. on the shelf in recent weeks.

Toronto is riding an 11-game win streak entering this matchup against Indiana. That’s put the Raptors back into second place in the East by a two-game margin. Kyle Lowry is again an All-Star, along with All-Star starter Pascal Siakam. And the Raptors keep winning despite getting bit by the injury bug over and over again. Marc Gasol is back on the shelf with hamstring soreness, and Norman Powell, who was in the midst of a breakout season, suffered a hand fracture last week. That’s allowed some lesser-known players to step forward, like Terence Davis. The undrafted rookie is averaging 7.7 points per game off the Toronto bench on 48/42/92 shooting splits.

The games on trade deadline day are always a little overshadowed by the flurry activity earlier in the day. It also often leads to funky lineups as teams are regularly down multiple players due to trades. That could help a team like San Antonio, who never makes in-season trades. The Spurs are quietly creeping up the Western Conference standings and enter the week tied with the Blazers at 1.5 games behind the Grizzlies to the eight-seed. DeMar DeRozan didn’t make the All-Star team, but definitely could have. He’s been carrying a huge offensive load for San Antonio and doing it well. Beyond that, keep an eye on some of the younger Spurs like Dejounte Murray, Derrick White, Jakob Poeltl and Lonnie Walker IV. All four are showing signs of breaking out of slumps that carried through the season’s first couple of months.

Memphis continues to surprise, as they’re holding down the eighth and final playoff spot in the West. Ja Morant got some All-Star consideration, but instead will settle for leading Team USA in the Rising Stars game. He’s been excellent in his rookie year and has teamed with Jaren Jackson Jr. to lead this shocking Grizzlies upswing. Memphis has been buzzing around trade talks, because they’ve got veterans they can move, as well as could be sneaky buyers. By Friday, we’ll know what this upstart looks like for the rest of the season.

Philadelphia, on the other hand, is a known buyer at the trade deadline. The Sixers would love to add some bench depth in the form of shooting/scoring. They could also use another big behind Joel Embiid and Al Horford. Basically, it’s the same story as a year ago for Philly. This time around though, they don’t have very many assets to send out in trade. Elton Brand is in a position where he should go for it, but doesn’t have the chips to push to the center of the table.

It’s incredible that Milwaukee enters the week at 42-7 (a 70-win pace) and has a historic scoring differential of +12.4 points per game, and almost all NBA fans shrug. The Bucks are dominant and blow out opponents so regularly that Giannis Antetokounmpo is their only player who averages over 30 minutes per game. Yet, there is a “Prove it” mentality when it comes to Milwaukee. They rolled through the regular season last year too and then fell in the playoffs. That’s going to stick with them until they prove otherwise.

Orlando is hanging onto the last playoff spot in the East despite some horrible injury luck. That says a lot more about the quality of the rest of the conference than it does about the Magic. That said, Markelle Fultz is progressing nicely and looks like that deal at the last deadline was a steal for Orlando. Nikola Vucevic seems to be shaking off some injuries to get back to his productive levels of a year ago. And Evan Fournier garnered some All-Star consideration, as he’s having a career-year. If the Magic can keep their guys healthy and maybe add a small piece at the deadline, they should easily make a repeat appearance in the postseason.

Miami is in a battle with Boston and Toronto behind Milwaukee in the Eastern Conference. The Heat continue to be incredible at home at 21-3 entering the week. On the road? It's a different story, as Miami is just 12-12. The Heat have dealt with injuries all year, but are as healthy as they’ve been. They’re probably going to be pretty quiet at the trade deadline, as they’re right up against the hard cap and can’t take on any money in trades. But that’s ok, as Miami goes about 10 to 11 guys deep and has the versatility to match up with anyone. If the Heat can figure out their road woes, they should have homecourt advantage come playoff time.