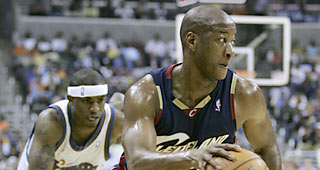 There’s an infamous story, always told with a degree of envy, about how Joseph Mitchell worked at the New Yorker for 32 years without publishing a single piece. Before his long fallow spell, he was probably the best profile writer in America, possessing a singular gift for lending a mythic dimension to New York’s tavern owners and ticket takers, ostensibly unremarkable people whom Mitchell, through studious reporting and literary fabrication, effectively argued were more worthy of our interest than any athlete or politician. But in 1964, he hit a wall. He wasn’t slacking off; nearly every day he would put on a suit, travel to the New Yorker offices, make phone calls, type up drafts, head out to record quotes and chase down new information. He just didn’t file anything. On an annual basis, he would check in with editor William Shawn and tell his boss about what he was working on. Shawn was always satisfied—they were friends, Mitchell drew a modest salary, and if he actually completed any of his ongoing projects, Shawn wanted to make sure they appeared in the pages of his magazine. That never came to pass. Mitchell died in 1996 with three chapters of an aborted memoir, countless unfinished drafts and marked up notepads, and seven entire file drawers filled with research on author and radio producer Ann Honeycutt.

It’s one of the great instances in human history of somebody coasting on their reputation. As the clipless years accumulated and Mitchell’s output remained stagnant, the question grew louder and more frequent: why is this guy still around? The answer was something like the explanation for why Jack Nicholson was still sitting front row at the Oscars when he was semi-retired, sleepwalking through trash like The Bucket List and How Do You Know. It’s Jack Nicholson; what have you ever done in your life?

Ultimately more puzzling than the Joseph Mitchells of the world are shelf-stable mediocrities, those who persist at the top of their fields despite accomplishing nothing of note. It feels mean to name names here, kick folks for drawing wages, but who among us hasn’t at least once wondered what exactly Eric Snow was adding to his basketball team?

Snow had an NBA contract from 1995 until 2009. He started his career logging end-of-the-bench minutes for Payton and Kemp’s Sonics and ended it as a de facto assistant coach on LeBron’s Cavaliers. He participated in over 100 playoff games and made three Finals appearances. It wasn’t all bit part stuff either; he was the starting point guard next to Allen Iverson in Philadelphia for six years and averaged 25 minutes per game for the Cavs. There was something about Snow that teammates and coaches liked, though they regularly failed to describe what that thing was. Steadiness was the catch-all term. You could trust Eric Snow. This fuzzy framing of his gifts kept him employed for quite a while.

Snow’s career averages: 6.8 PPG on 42.4 percent shooting, 5 APG and 2.5 RPG in 27 MPG. Some contemporaries, Iverson included, will tell you he was a great defender, but he made second team All-Defense once, so it’s not like he was his generation’s Tony Allen. He was a cautious player who didn’t try to do too much, but he wasn’t extraordinary at avoiding mistakes either. His turnover percentage during his Sixers tenure compares unfavorably with—to cite a peer who never made an All-Star team—Andre Miller’s, and Miller was a polished floor general who, in his prime, chipped in many more points and assists than Snow.

For what it’s worth—perhaps a lot—Iverson loved playing with him. “No one gives me better shots than Eric Snow,” A.I. once said of his backcourt-mate. “He knows exactly when I’m open; he gives me the ball exactly in the spots where I need it.” A brief Sports Illustrated profile from January of 2000 rather incredibly posits Snow as the Joe Dumars to Iverson’s Isiah Thomas. It’s true that the two complimented each other well, but more than anything, Iverson needed somebody who was going to stay out of his way, and Snow fit that bill. Iverson had previously struggled to gell with Jerry Stackhouse and Jimmy Jackson, and had not yet developed a decent rapport with Aaron McKie, in large part because all those guys were scorers and Iverson wasn’t a pure point guard. There was no one to distribute the ball. Snow’s deference and defensive smarts made it possible for Iverson to play the two on offense and the one on the other end. Plus he no longer had to score every single bucket off the dribble.

As well as Snow suited Iverson, he never made half as much sense alongside a young LeBron, who needed shooters around him, not a middling secondary playmaker. When people say that LeBron’s supporting cast sucked in his first Cleveland stint, they are talking about players like Snow, who was flatly terrible yet weirdly prevalent in his three-and-change seasons with the Cavs. “The Cleveland Cavaliers’ Finals fate will probably not turn on an Eric Snow jump shot, pass or hand check of Tony Parker,” Howard Beck wrote after Game 1 of the 2007 title tilt. “But if Snow somehow saves the series, it may not even qualify as the most unlikely development of his NBA career.” The Cavs got swept. On his last legs, Snow scored two field goals in four games and was torched by Parker every time Mike Brown tried to use him to stem the Frenchman’s flow.

The next season, Snow was oft-injured and out of the rotation, and the following year, when the Cavs brought in Mo Williams, who was for all his faults an excellent spot-up shooter, everyone agreed that a Mo Williams type should have been flanking LeBron the entire time. Snow’s most meaningful contribution to the Cavs was medically retiring and using the league’s disability claim process so the front office had salary cap space to trade for Williams in the summer of 2008. The team officially cut Snow in March of 2009, and though he was mourned—”he may go down as one of the most underappreciated players in franchise history,” said trusty Cleveland blog Waiting For Next Year—he was not really missed.

Here are two takes on a phenomenon. Maybe when someone is noticeably not very good at what they do, but they stick around for a long time, it’s because they possess some difficult-to-identity quality that makes them better at their job than they initially appear. Or maybe when someone sticks around for a long time, others assume it’s for some secret reason that doesn’t actually exist, which in turn increases their longevity, because you can’t lose something that is intrinsic, untrackable, and imaginary. Eric Snow’s steadiness, real or invented, is such a trait. The people who played with and coached him felt they could rely on him, that he would always make the right play, if not the spectacular one. Whether that trust was well-founded is debatable, but you are, especially in your work, as much what others believe about you as anything else.