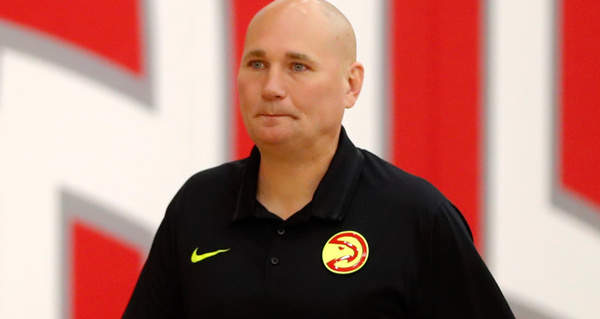 Analysis: The Atlanta Hawks were a trendy sleeper pick to make the playoffs in the Eastern Conference this season. That logic proved faulty as John Collins missed 25 games due to a suspension, Atlanta couldn’t find a decent center, and the team battled some injuries. For a third straight season, the Hawks missed out on the playoffs.

Despite not making the postseason, the future is bright for Atlanta. Trae Young is an All-Star and burgeoning superstar. He doesn’t do much defensively, but he’s already a terror on offense in just his second season. He’s a threat to pull up from anywhere inside halfcourt and his passing is on point. The Stephen Curry comparisons don’t look quite as silly after Young’s second campaign.

Often on the receiving end of Young’s passes is Collins. The third-year big man continued a trend of upward improvement, as he averaged 21.6 points on 58/40/80 shooting splits. Collins upped his three-point attempts to 3.6 a night, as that becomes more of a weapon in his game. He’s also remains a solid rebounder, with 10.1 boards a game. And he blocked 1.6 shots per contest too. Collins can still be attacked off the dribble and in pick-and-roll, but with a competent center next to him, his defensive flaws would be greatly masked.

Travis Schlenk went a long way towards fixing the hole at center at the trade deadline. He swapped out ineffective veterans and brought in Clint Capela, while also bringing back old friend DeWayne Dedmon. Capela will be 26 years old for next season, which makes him young enough to fit with the timeline of their core. He’ll immediately be a rim running lob threat with Young, and will fix some of the interior defensive issues that plagued Atlanta.

Because Capela’s health is somewhat of an issue, Dedmon is the ideal backup. Dedmon can block some shots, rebound and step out and hit threes on offense. With Capela, Dedmon and some small ball with Collins at the five, the Hawks have 48 good minutes at center.

Atlanta is also awash with young talent on the wing. Kevin Huerter is a solid shooter and a better-than-you-think playmaker. He’s not the ideal defensive match with Young in the backcourt, so he might be better off in a high-usage sixth man role. But for now, Huerter’s presence allows two other young Hawks to develop at their own pace.

Developing at his own pace perfectly describes the rookie season for Cam Reddish. Until mid-January it was flashes of brilliance for Reddish surrounded by bad or invisible play. From mid-January on, Reddish averaged 14.3 points on 46/42/81 shooting splits. He also improved defensively, as his length on the wing showed up several times. Eventually, Reddish should supplant Huerter next to Young in the starting backcourt.

Reddish’s rookie partner De’Andre Hunter had a more consistent season. He scored 12.3 points as Atlanta’s starting small forward. Hunter was cast as a 3&D wing, as 44% of his shots came from behind the arc. He knocked down a respectable 35% from outside, but his inside finishing was poor. Hunter was under 60% at the rim and under 30% from floater range. That’s not good enough. The defense part of the 3&D equation was questionable as well, but that’s a team-wide issue. Hunter still has potential, but he didn’t change much from the start of his rookie year to the end.

Clearly the Hawks have their building blocks in place with Young, Collins, Capela, Huerter, Hunter and Reddish. They also have a league-high $47.7 million in projected cap space this fall. Unfortunately for Atlanta, it’s a fairly barren free agent marketplace.

The Hawks need a capable backup point guard for Young. Jeff Teague filled that role when he was re-acquired in mid-January. It wouldn’t be a surprise to see him back as Teague’s best moments have come in Atlanta. He’s also entering the veteran backup phase of his career, and the Hawks can afford to over pay Teague for a year.

Up front, Atlanta doesn’t have much depth behind Collins. The next best option at the four is Hunter, who is too small to play more than short stints in that role. If the Hawks intention is to really push for a playoff spot in 2021, this is where they can do some really interesting things.

Schlenk could put big offers out for either Montrezl Harrell or Davis Bertans. Harrell’s energy would be a great add for Atlanta, and he’s young enough to fit with the core. Bertans is a bit older, but his shooting would give the Hawks another player to open the floor for Young. Both Harrell and Bertans are used to coming off the bench as well, which would presumably be their role in Atlanta. The Hawks have enough cap space to push the LA Clippers or Washington Wizards, who have already expensive rosters, into an uncomfortable position on matching a deal.

If Atlanta isn’t quite ready for that kind of spending, or wants to save space for 2021 free agency, there are some potential veteran options like Jerami Grant, JaMychal Green or even former Hawks Paul Millsap and Marvin Williams available. All would be welcomed additions behind Collins.

At the draft, Atlanta can truly go best player available. They’ve got enough minutes up and down the roster to figure it out as they go. Outside of Young, and probably Collins, no one should be considered a long-term roster lock just.

The main things Schlenk has working for him are a great young core, rotation spots available off the bench and lots of money. Because of this summer’s cap environment, Atlanta could overpay a couple of veterans for one year (think JJ Redick’s huge contract with Philadelphia a few years ago) and still have flexibility moving forward.

The flexibility moving forward is key as Collins is extension eligible for the first time this offseason. He’s made some noise about wanting a max deal, but that probably isn’t coming. But a big man who can score and rebound as he does, and is increasingly extending his range, is going to get paid. Look for Collins to get just below the max, or for Atlanta to roll his free agency over to 2021 when Collins will be restricted. Either way the plan is for him to hopefully be Young’s long-term running mate.

The reason it’s “to hopefully be Young’s long-term running mate” is that Young recently signed with Klutch Sports. That’s already started the speculation that the young star has his eyes on a bigger market. Maybe one with purple and gold jerseys.

That’s at least a couple of years away from being an issue though. If Schlenk can press the right buttons this offseason and the Hawks make a real playoff push, the likelihood Young stays in town goes way up. Atlanta wasn’t quite ready to make that push this year, but they’re well-positioned to make it next season behind Young and Collins.