The Top Picks From 2020 Are Making Watchable Trouble 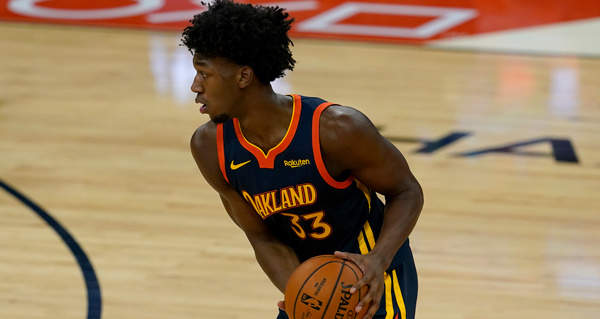 We were told it was a bad draft. Jeremy Woo at SI reported that “a wide, wide range of sources across the industry seem to agree that the 2020 draft class, well, kind of sucks.” SBNation’s Ricky O’Donnell had similar findings: “front offices around the league are coming to realize the 2020 draft isn’t particularly exciting.” The Ringer’s Kevin O’Connor lamented that the top of the draft “lacks the type of elite one-name prospects, like Luka or Zion, that we’ve been spoiled by in recent years.” Rumors abounded of teams with high picks trying to trade down and receiving underwhelming offers, blank stares. You got the sense draftniks were breaking from their dyspeptic sleep in the middle of the night to David Stern calling out: with the second pick in the 2000 NBA draft, the Vancouver Grizzlies select Stro-MILE Swift from Louisiana State University.

Maybe the experts were right, we obviously don’t know anything for sure some 20 games into a season that feels slightly fictional and intensely sluggish, but these marquee rookies are making trouble. LaMelo Ball and James Wiseman are both overwhelmingly gifted. Ball is finding open teammates at roughly the same clip he’s starting fast breaks for the opposing squad, but his panache is unmatched. Conversion rate aside, seeing what he thinks to throw in the first place—awkward slingshotted jump hooks, no-look dropoffs, 30-foot bounce passes—is genuinely disorienting. You watch enough basketball, you can spot most assists as they’re developing. You get attuned to the rhythms of how open shots are created. LaMelo’s working off a different time signature. It’s not yet highly effective—James Borrego is going to be salt and pepper before the season’s over—but it is exciting.

James Wiseman is huge, and I can’t yet figure out if he’s clumsy or impressively agile for his size. It’s something of a miracle that he can move at all, that his bones don’t function as if connected to his mind via spotty wi-fi, and there are times when he is inevitable, a rocket-boosted barge launching itself at the rim. And yet there are others—about once per contest, actually—when he patiently establishes post position, calls for the ball, and fumbles it out of bounds. He does all Giant Human Stuff pretty well already, though. It’s no fun to meet him at the rim, battle him for a rebound, or work around one his screens.

Throughout their dominant run, the Warriors were famous for their essentially centerless Death Lineup, but Steve Kerr has always liked traditional big men: Andrew Bogut, Fetus Ezeli, Kevon Looney, Javale McGee, et al. In time, Wiseman might allow Kerr to indulge his taste for slightly creaky behemoths without having to deal with all the drawbacks an old school five presents. He’s not wholly uncomfortable in switches and is already shooting (and draining) the odd three-pointer. His role model is Anthony Davis, and though he’s probably not going to reach that ceiling, the idea of somebody his size doing Davis-like things would have seemed absurd until he arrived in the league.

Anthony Edwards is a smidgen more legible than Wiseman, who’s almost futuristic, and LaMelo, who is downright strange. We’ve seen players like him before: headstrong, sculpted wings who drive without a plan. It makes sense that Edwards likes football more than basketball; there’s a physicality about him that would be more at home in the backfield than on the hardwood. When he goes to the rack, he searches for contact, thrusting his shoulder into the retreating defender’s chest, because he has the strength to dish out a hit and still get his shot off. He likes to talk; he’s as demonstrative as rookies get. He gives endearing interviews about how difficult the sport he was sort of forced into is. It has nuances that he doesn’t altogether enjoy navigating. Basketball is like jazz, and Anthony Edwards doesn’t really care about jazz. If this approach results in play that is in aggregate objectively poor, it also offers a full display Edwards’ unteachable talents, his blow-by speed and muscular verve. There’s undeniably something about him. It may be the far-off rumbling of a train; it might be indigestion.

The most you can ask of a young player, if they’re not immediately awesome as so few are, is for them to illumine new possibilities. That they don’t understand how to play pro ball yet is a gift, because it allows you to imagine the toweringly irregular figures into which they might grow. Usually, your notions about a 19-year-old don’t prove entirely true. The massive holes in their game get filled in, and they develop into decent or pretty good players rather than generation-defining stars. But this is the time, for Wiseman, Edwards, and Ball, that we can project in whatever directions we’d like without seeming too silly. It’s not like anyone, even the folks who scout amateur talent and talk to front office creatures for a living, could tell you what’s going to happen with these prospects, with any more certainty than that of an educated guess. For now, mystery reigns over the careers of the top draftees in what was supposed to be a bad draft. They’re not half-bad to watch, at least.