The Bulls Are, In Fact, Back? 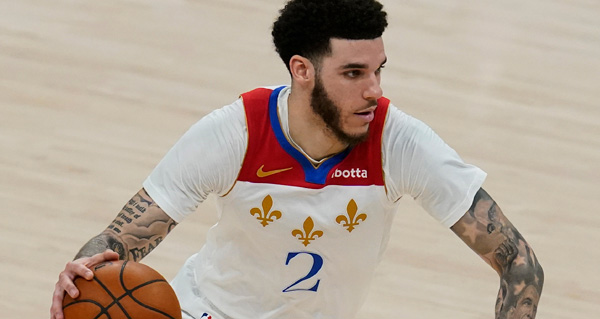 “The Bulls are back.” That is the refrain, typically muttered in irony-poisoned insincerity, that fans of Chicago’s professional basketball team have grown accustomed to over the past several years of mediocrity and, well, sub-mediocrity. With every can kicked down the road, every two-year-plan-become-five-year-plan, every quickly replaced coach, every narrowly avoided team mutiny, every ill-advised trade, every cynical press conference, followers have found solace in the sarcastic deflection embedded in the phrase. They have found comfort in pretending that, instead of falling with no dignity, they are again rising, with great honor. “The Bulls… hahaha… are back.”

Now comes, potentially, an emotional about-face. After a strange transitional season, in which the team’s new management decided partway through that what they’d inherited was simply not good enough and made major roster changes, the Bulls entered 2021’s free agency season with a new sense of purpose, and the mission to change who’s around even more. Gone are Garrett Temple, Tomas Satoransky, Daniel Theis, and Thaddeus Young, and more; coming in are Lonzo Ball, Alex Caruso, and DeMar DeRozan. The Bulls are, in fact, back?

We won’t be able to say either way, for sure, until we’re decently into the 21-22 season. Contrary to what churning media content mills say at this time of year, there is no such thing as winning an offseason, because there are no games played during them. But there’s no denying that the Bulls’ swift, aggressive moves in free agency have shown a level of chutzpah and sense of salary cap and transaction minutiae that has fans feeling disoriented. No longer is the franchise content to keep picking players from the late lottery, giving them questionable infrastructure to grow in, and then insist to the fanbase that they just don’t understand the actual, substantial merit of what is happening before them.

There is now an unusual amount of skin in the game. In landing two All-Stars in Nikola Vucevic and DeRozan since taking over, and one of the game’s best young guards in Ball, the Bulls’ new management has eschewed draft picks, clearly perceiving them more as grease to apply to transactional wheels than the way you actually make your team better. This mindset is of course a luxury afforded only to organizations with a proven ability to attract established talent, which has never been an assumption the Bulls have operated with despite holding fort in one of the league’s biggest markets—and the biggest without multiple teams in its city.

Those days, at the very least, are over. The Bulls, for the first time in the lives of many of their fans, now have a front office that players, agents, and other front offices around the league appear to enjoy doing business with, and they are acting like an entity that will have no shortage of opportunities to take big swings at big players. Many analysts, in the wake of their recent decisions, have implied that what has just happened suggests an undue commitment to the associated talent—but such a view is amnesiac about what has happened in merely the last few days.

The Bulls did not enter free agency with seemingly much cap space or other forms of flexibility, but were able to dig deep enough into the sport's complex transactional rule book to make large changes nonetheless. One must assume that they will go forth with that same lack of encumbrance, granted only to the bold and the creative in the NBA’s financial arcana, which become punitive to those who do not properly study and manipulate them. The business-pilled skeptics who perceive, for instance, the size of DeRozan’s contract in a vacuum (which, to be sure, will be approximately the 40th largest salary in the league, bringing such skepticism into question on its own legs) would do better to wipe the past regime’s mentality from memory, and mind the new one’s quickly demonstrated understanding of the league’s macro-economic principles.

Besides, in basketball terms, there is a lot to admire about what has just been built. DeRozan is an undeniable bucket machine going to the rim, pulling up, and drawing fouls, and has improved as a playmaker every year. Ball has evolved into a knockdown shooter, is one of the most fluid passers around, and fills a huge need at point-of-attack defense. So does Caruso. Vucevic and Zach LaVine have never, in their careers, had anything like this much talent to work with. Questions about how a defense with LaVine, DeRozan, and Vucevic will look are viable, and their answers do not project well in theory. But theory is all we have at the moment, because none of these players have had this sort of scoring talent to mutually lean on before, and any—or all—of them may now have extra jism for the other side of the ball in an offensive system so rife with playmaking and scoring ability. This is the optimist’s view, anyway.

The end of the Bulls roster still needs fleshing out—it has added Tony Bradley as a backup big, during the penning of this column—and there is little money left to do it with. The most valuable element in their remaining flexibility is Lauri Markkanen, a holdover prospect who has gotten worse every year and is reportedly looking for more money than anyone in the league is willing to pay him. The Bulls can sign-and-trade Markkanen for value once he comes to terms with a different team, or bring him back if they’re willing to endure the reminders he carries with him of the previous era’s dashed, lazy dreams.

The standard for success in Chicago's next season is not entirely clear, but one benchmark for it is obvious: playoffs. Anything short of the chance to compete in a seven-game series in the Spring of 2022 would be a validation of every critic’s harshest appraisals. Unlike what was acquired, this is not a team built for development, but to win. Not to win a title, per se, but certainly to win more games than it loses, and for a good number of those victories to leave an attractive stamp on the broader basketball imagination. Once that is achieved, if it is achieved, further big game hunting in the free agency and trade markets can occur, and the Bulls can be more back than ever.