No Longer The Leastern Conference 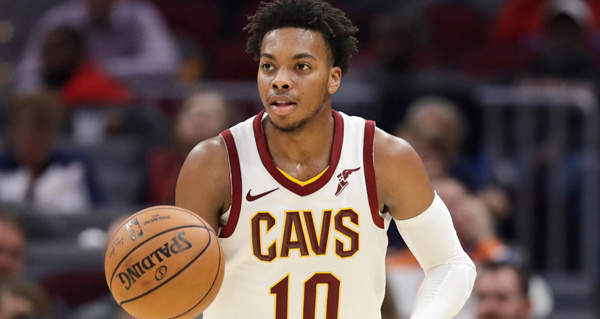 In the 13-14 NBA season, the Phoenix Suns won 48 games. They finished ninth in the Western Conference, and this was not good enough for a playoff berth. Over in the East, though, the same victory tally was good enough to get the Chicago Bulls the fourth seed in their bracket, and homecourt advantage for a first round series. Slotting into the eighth seed, and the league’s final playoff spot, were the 38-win Atlanta Hawks. None of it seemed all that balanced or fair, and the gap between the conferences’ playoff products reflected this; the East side of things that year was, in a word, crappy.

Perhaps the most extreme example of an extreme phenomenon, the lopsided West-East quality balance has long informed NBA discourse. In the 21st century, the East may sometimes produce the best team (it has given us eight champions to the West’s 13), but it has basically never given us the better field of contestants from top to bottom. Through a confluence of draft luck, dynasties from the Los Angeles Lakers, San Antonio Spurs, and Golden State Warriors (responsible for 12 of the West’s 13 titles), stronger pull in free agency, and better overall front office work, the West has been best to a degree that is super-logical—like gravity, it has been so predictably dominant that one need not actually watch the sport annually to be able to assert as much at the water cooler.

Until now! Maybe it’s just a transitional year for the West, but there’s no mistaking it: their rankings are in a mess, with many of their long-contending franchises at gnarly purgatorial crossroads with no visible escape. If the playoffs were to start today, all four of their play-in bracket teams would boast sub-.500 records, while in the East the New York Knicks are on the outside looking in, at 11th place, with a 12-12 mark. The West has just six teams with positive point differentials, and nine with negative marks; in the East, this figure is the inverse. Taken as a whole, the East is simply better.

At the top of things, the argument for the West remains strong. The Warriors have regained the spark of their dynastic years, the Suns are Chis Paul’s greatest battleship yet, and the Utah Jazz are continuing their buzzsaw ways of the previous season. But after that, the dropoff is steep. The Lakers are a hodgepodge of accomplished veterans who may not combine full effort and total strategic self-awareness until April. The Los Angeles Clippers are a middling group anchored by Paul George, badly missing Kawhi Leonard. The Denver Nuggets seem to be in the throes of a dark injury curse. The Dallas Mavericks aren’t good enough to do anything but live and die with Luka Doncic, who is out of shape and playing sub-elite ball. The Memphis Grizzlies, currently streaking, are young and unproven, and unlikely to get consistent. The Portland Trail Blazers are in the middle of a franchise upheaval. The Spurs are way past their days of relevance.

It’s a hangover year west of the Mississippi River. The conference, drunk with excellence for so long, was well overdue for one. Meanwhile, the East is hydrated and thriving. There is a strong probability that it’s playoff and play-in field will exclude a legitimately decent team this year—perhaps one with as many as 45 wins. The conference is a thorny pit of upstart killers. The Bulls and Brooklyn Nets sit at the top for now, but the defending champion Milwaukee Bucks are coming in hot—so are the Philadelphia 76ers, after getting Joel Embiid back. The Miami Heat have a claim to being the league’s toughest team, and the Washington Wizards have ridden their impressive depth to a spot near the top while Bradley Beal has slowly warmed up. The Cleveland Cavaliers play two hyper-athletic centers at once and get away with it, with Evan Mobley and Jarrett Allen complementing Darius Garland in what might be the most promising young core in the game. The Atlanta Hawks, fresh off a Conference Finals appearance, are just getting started. Don’t even talk to me about the league’s very best offense, which is sported by LaMelo Ball and the Charlotte Hornets.

A lot can change between now and the Spring. Maybe we’ll all laugh at what ends up being a brief, fake renaissance in the East. But for now, it is promising and entertaining while the West is depressing and underwhelming. Young, motivated, and dynamic teams in the East are a stark contrast to the old battle-beaten crews of the West, many of whom share the best case scenario of biding their time and nursing their wounds before they re-emerge as true competitors. Fans of the sport, meanwhile, don’t think twice about which conference to tune into when their home team has an off night.