The History Warp Of The NBA's Scoring Explosion 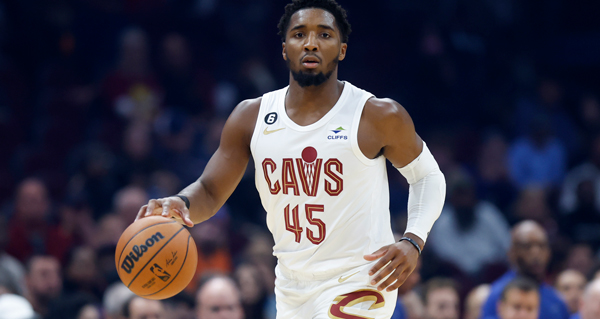 Over the course of NBA history, 160 players have scored 50 or more points in a game. All the guys who have done it twice or more are the usual suspects: Hall of Famers too obvious to even mention, except for the occasional curiosity—if you are my age, you are probably proudly saying “Michael Redd” out loud as you read this, or maybe “Jamal Mashburn.” I doubt you are mentioning Purvis Short, but if so, then a sincere congratulations on loving basketball for long enough to remember that guy.

A lot of the one-timers are non-stars who sneak their accomplishment in toward the end of the season, when stakes vary wildly game-to-game, such that Corey Brewer or Mo Williams are apt to look like Kobe Bryant for a night. Scan the full roster of the fifty-plus club, though, and you’ll notice something else, which is that its share of current players is large, and grows wider and wider. Of those 160, 41 are currently playing, making up a shade more than 25 percent of the all-time crowd. By the end of the year, that percentage is likely to be even higher, because we’re witnessing an individual scoring inflation of unseen proportions.

Donovan Mitchell’s 71-point performance has been the loudest document of this wave, but even that outrageous number didn’t last long in the newscycle; that very same night, Klay Thompson had 54, and the next one, Giannis Antetokounmpo dropped 55. The 50-barrier has been broken 16 times this season, in total. Depending on when you read this, that number could actually be higher. The causes of this explosion are fairly straight-forward: the elimination of the “take” foul call has sped up the game and created more chances to shoot, more three-pointers are being taken than ever before, and the ubiquity of analytics has enabled teams’ best players to eat up possessions at historic records. It’s a chucker’s paradise.

For many of those who have watched the game for decades, the drastic spikes in these numbers feels akin to watching a financial bubble grow recklessly; we fear the coming downside, the gross excess, the cost that’s coming or that’s maybe quietly struck, already. This is of course a silly feeling. Variance in individual scoring proficiency, in a professional sports league, is not a moral matter. This plain truth is no obstacle to many a viewer’s path toward crisis, though—they can’t help but clutch their pearls as they see the numbers swell like this. If this isn’t you, pay no mind, but most likely you know more than one basketball fan who shivers with a certain horror during this inflection point season.

What exactly do they fear? What do they feel is lost? A sense of context, for starters. People old enough to get excited for every Larry Bird versus Magic Johnson showdown in the eighties don’t want to be told that Damian Lillard is, in fact, better than both of them. Perhaps it shouldn’t be, but such a statement is taken as a personal insult to anyone who was around to behold that epic basketball decade, or any before it. We all hold the legends of our biological primes close to our hearts.

But it’s not just an emotionally goopy romanticization of the past that has people holding onto their icons as statistical windfalls tell them to start letting go. There is sufficient logical framework to push back on the end-of-history adulation that one might have for today’s number-busting stars, as they usher in a new age. It is an age of significantly more science, in which scorers thrive within framework made in laboratories that didn’t exist until roughly a decade ago. In most ways, the hegemony of this kind of analytical infrastructure has improved the average conditions of pro basketball—as intoxicating as Michael Jordan was in the nineties, there really were a whole lot of men with football bodies standing crowded and inert in the paint back then. This was mostly hideous stuff, and those who suggest it was a more authentic version of the sport are largely lying to themselves.

Through this muck, though, litanies of singular players forged a basketball art and consciousness too important to be expressed in numbers. Auteurs of the mud, they created an iconography that’s still more aesthetically resonant than anything since. Barring an unexpected reversal in current trends, historical statistical tables will wash the majority of these generations away, as scorers, over the next decade or two—like twigs amidst a tidal wave. We would do best to pay no mind to this, and accept that scoring totals are now flawed historical pegs in the long story of the NBA.