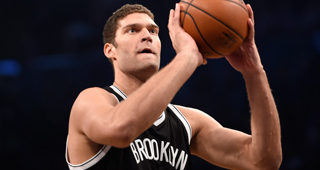 You suck a lot of this down involuntarily. There’s what you seek out—the sporting events, movies, art, books, games, porn, podcasts, and articles—and then there is everything else, embedded into what you’re actually looking for: the head-injured MADtv skit insurance ads and car commercials in which a father manfully doesn’t weep as his daughter ages, tweets that are ugly and needy and spam that sounds like a dictionary being chewed by a garbage disposal, tabs on YouTube videos that interrupt YouTube videos to implore you to watch other YouTube videos, people who bought [thing you like] also bought [thing that insults your taste], bad news you can’t avoid and savage idiots you can’t not overhear, barrages of reminders and notifications and suggestions and updates and corrections. Then you go outside, to have a calm-down cigarette, and there’s a gleamingly pervy Terry Richardson-core booze ad billboard that whispers, loud as a jet engine: girls might do stuff to each other if you drink this.

I’m not unexcited, in a vacuum, by the prospect of girls doing stuff to each other, but it is noon, and I haven’t slept well, and if I needed this thought in my head, I would have googled it.

I was at the Art Institute of Chicago a few days ago, looking for the first time at Tansaekhwa works, which are monochrome Korean paintings that are thrilling in the way falling asleep without realizing it is thrilling. There was a dark blue one that looked like someone had taken a rake and tilled the midnight sky, another with white paint smeared florally across a loam-brown canvas. Standing in front of these great rectangles of color and texture, I thought about nothing, really, and then I thought about a passage from Far Away & Long Ago in which William Henry Hudson recalls the way rheas—thick-plumaged South American ostriches—slip away from the gauchos who hunt them. Or my memory spit up an image and some of the words and then I went home and read: I rode at [the rhea] again, putting my pony to a trot, and when within two yards of him he all at once swung his body in a quaint way towards me, and breaking into a sort of dancing trot brushed past me. The whole book is like that: faintly poetic descriptions of animals moving and the shapes of leaves.

I don’t read about fine art much; I don’t understand it beyond its most obvious elements. I spend so much time trying to make things legible to myself that it’s a relief to be in awe of something and not have a need to know more than the feeling it stirs.

My windows don’t stick firmly to their frames. The top squares of glass on several of them kept sliding down until I fastened them with liquid concrete, which solved the problem of bugs stealing in at night but the windows still don’t trap heat or sound well. I can hear even quiet street conversations from the fourth floor and construction rumbles through the bedroom like god making fart noises into his palms. Most mornings, I awake a bit before the high school down the block starts its first classes, when the teens on the sidewalk are shaking off whatever mom said to them over Eggos by assaulting each other with tourettesish blasts of angst and rage. Some decade past my peak thinking-Todd-Solondz-is-doing-important-work years, I still rise from bed compelled by an apocalyptic hormone surge. Only it’s not my own.

When I was eighteen, I used to stay up until the early morning with a friend in an apartment above a karate studio that housed several of my friends, and after everyone else had boozily slipped off into their respective slumbers, we would listen to ambient records. Keith Fullerton Whitman’s Lisbon, Brian Eno’s Music for Airports, and William Basinski’s Disintegration Loops were favorites, but we would throw on whatever we had heard was good. I’d kill the last of the vodka and he’d spark a bowl and we’d lie on adjacent couches and be quiet for an hour. The living room was wired for surround sound and along with whatever was kicking through our systems from the preceding party, it created the impression we were in a pod apart from the world as the sky brightened beyond the windows.

This was the summer before I left to go to college in Chicago and everyone important to me stayed behind in central New York, in that apartment above the karate studio with the surround sound living room. Tha Carter III came out in June and Wayne was aspirationally faded then, just appetite and a mouth.

The Brooklyn Nets are a glittering void. It’s fitting that they hitched their star to Jay Z just as Hova was losing his edge. He put out an hour-long cell phone ad a few years ago. The Nets explain everything a team isn’t. It’s not effortfully chic uniforms, or a tackily modern arena, or its owner’s eccentricities, or its courtside attendees, or a branded experience, or an exhaustively workshopped tangle of lies and contempt trying to shape itself into a smile. It certainly isn’t whatever Bruce Ratner’s idea of a real estate development project is.

There is too much trash in the world, and too many beautiful things, to care about bad basketball packaged cynically. I try not to think about the Nets. They’re terrible and owned by a thief. I’ll keep them from my thoughts until Mikhail Prokhorov sells them or they get a few interesting players. Until then, they’ll be what I suck down involuntarily as I’m surfing through League Pass channels, a nuisance buzzing at the edges of everything good and worthwhile and even the stuff that isn’t.

Because they’re the height of nothing: a nothing that insists upon somethingness. The thoughts that flash between the thoughts you process, the clipped memories, the feelings that pass like a storm that breaks before it wets the pavement, and the noise you hear but don’t totally listen to are more real than the Brooklyn Nets. There’s something else out there for us other than this anti-team. There is everything.