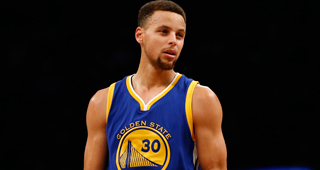 Designated Veteran extensions can only be signed from after the Moratorium until the final day before the first day of the regular season: This follows the logic of rookie scale extensions only coming in the offseason but is different from other veteran extensions.

Players cannot be traded for a year after signing a Designated Veteran contract or extension- Specified by Article VII, Section 8(f)(ii)

There are three requirements for a player to be eligible for a Designated Veteran contract or extension:

Quality/Performance: A player must have been named to an All-NBA team or Defensive Player of the Year in either the most recent season or two of the three most recent seasons. Alternatively, they could have won the league MVP in any one of the prior three seasons. This language also works because Designated Veteran contracts can only be signed in the off-season, so the preceding season definitions are clear.

Same Team: The player must either have spent those Years of Service on the team that he signed his first contract with or joined the current/offering team during the first four years he was under contract and that player only changed teams via trade during those first four years.

[NOTE: This required element was likely inspired by Kevin Durant]

Players eligible for Designated Player contracts or extensions during 2017 offseason

What is the impact of Designated Veteran contracts?

There has been some early hand-wringing because the prospect of signing certain eligible players to 35% maximum contracts is concerning to front offices. For example, DeMarcus Cousins would have been eligible for a Designated Veteran extension in 2017 if the Kings had not traded him to New Orleans but could have also felt that contract would be too rich for him and that offering less posed a problem. That same logic potentially applies for Paul George (who is not presently eligible but could be if he stays a Pacer and makes an All-NBA team in 2017-18) as well.

However, it also provided a clear advantage for the Warriors to re-sign Stephen Curry, who represents exactly the type of player the rule was intended to cover. Similarly, newly crowned MVP Russell Westbrook will be eligible for a Designated Veteran this July and the Thunder are expected to offer it.

As such, the challenge may end up coming in defining the parameters rather than the concept itself, which can be honed in future agreements and could potentially separate from the “Rose Rule” which bumps players with less experience from 25% maxes to 30% because those contracts are more manageable and typically given to younger players.