Change news category?
10 East Teams Would Currently Be In Playoffs If NBA Had Eliminated Conferences 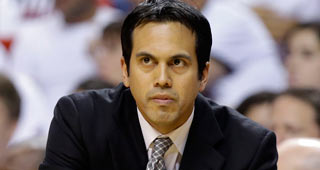 With the Western Conference having so many quality teams in recent seasons, there had been a push in some circles to eliminate conferences altogether for the sake of taking the 16 teams with the best records to the playoffs.

If the NBA had eliminated conferences for the playoffs, there would be 10 teams from the East and just six from the West.