Rockets Would Have Taken Baron, No. 1 Pick For Yao 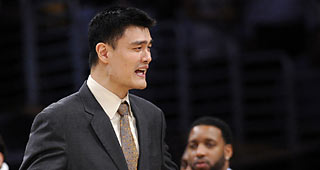 The Clippers could have traded Baron Davis and their number one pick in the 2011 NBA Draft that was used to acquire Mo Williams and Jamario Moon in a similar deal for the expiring contract of Yao Ming, according to Bill Simmons.

Los Angeles made the trade in order to improve their salary cap situation in each of the next two offseasons, but a trade for Yao would have produced more financial savings.

Simmons is known for having a close friendship with Houston general manager Daryl Morey.