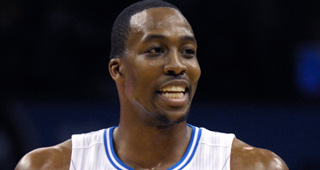 Dwight Howard regrets his decision to forgo his early termination option on his 12-13 contract, according to sources

Howard seeks a trade before next season and his camp is applying pressure on the Magic to pursue a deal as soon as a new general manager is in place.

Several GM candidates have been creating trade scenarios involving Howard and proposing them to CEO Alex Marins during the interview process.