Raja Bell Works Out For Knicks, Impresses For Roster Consideration 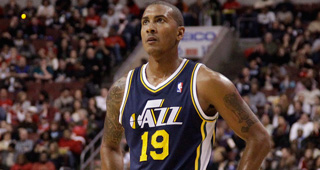 Free agent guard Raja Bell worked out for the Knicks in New York on Monday and stood out to the point where he could receive consideration for a roster spot, a league source told RealGM.

The Knicks have been intrigued by the outside shooting and defensive versatility that Bell is known for, and they invited him into their facility on Monday. In the workout, Bell shot well and outplayed New York’s incoming rookies in one on one drills, a source said, leaving the Knicks surprised given Bell sat out the entire 2012-13 season.

Bell, 36, always has been known as a hard worker and a positive locker room presence, but he played sparingly two seasons ago and had a falling out with the Utah Jazz. It led to him being away from the team, despite feeling healthy.

After losing Chris Copeland in free agency, Steve Novak and Quentin Richardson in trade and Jason Kidd to retirement, the Knicks have scoured the free agent market for veterans to sign into their budget. For now, they have J.R. Smith, Iman Shumpert and Tim Hardaway Jr. at the wing positions.

Bell averaged 6.4 points and shot 39.1 percent from three-point range two seasons ago, and he’s used the past year to elevate his fitness. With career averages of nearly 10 points and almost 41 percent shooting from long-range, Bell has played for seven organizations in 12 years – highlighted by two seasons of 14.7 points per game for the Phoenix Suns.