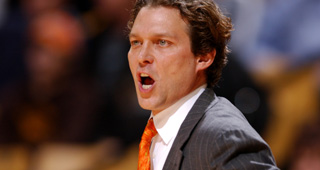 Quin Snyder has emerged as a leading candidate to become the next head coach of the Utah Jazz.

"It's very plausible," one source told the Deseret News when speaking of Snyder possibly being hired by the Jazz.

Another source said Snyder is "very high on a short list" of Jazz coaching candidates.

Snyder, sources say, has increasingly captured the interest of the Jazz front office to become the man who leads the franchise through the next steps of this rebuilding process with the goal of becoming a "championship-caliber" organization.