Spurs To Keep Austin Daye, Guarantee His Deal For 14-15 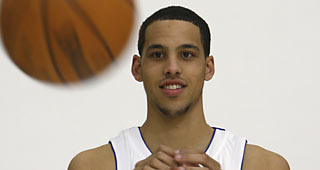 The Spurs faced deadline on Daye’s contract, and they could have released his partially guaranteed deal by Monday night.

Daye has averaged 5.4 points and 2.7 rebounds over five NBA seasons. He was a first round pick of the Detroit Pistons in 2009. Yahoo Sports first reported that the Spurs were not expected to release Daye.