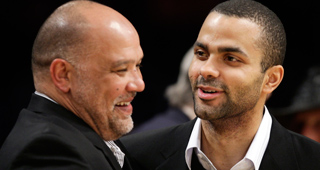 The Denver Nuggets received permission to interview Washington Wizards assistant Don Newman and discussed the franchise’s vacant head coaching job with him in the past week, league sources told RealGM.

Newman’s 16 NBA seasons as an assistant coach — including an eight-year stint with the San Antonio Spurs where he developed strong defensive principles and closely worked with Tim Duncan — give him the credibility to discuss a head coaching position. Since joining Randy Wittman's staff in 2012, Newman has served as the architect of an improved Wizards’ defense.

The Nuggets’ front office needed to get permission from the Wizards to discuss their open position with Newman, who spoke to GM Tim Connelly.

Despite many of Popovich’s former assistants receiving opportunities to compete for head jobs, Newman is still seeking his first chance and has been determined to place himself in contention.

Newman has a pedigree across sports as a coach and player, trying out for the NFL’s Seattle Seahawks after his collegiate run at Idaho in 1980. He played guard in basketball, being a draft selection of the Boston Celtics and playing both sports in the CBA and CFL, before his start in coaching in 1986.

After spending 10 seasons in the NCAA, Newman joined George Karl’s staff with the Milwaukee Bucks in 1999 and spent a year with the Nets. Newman won two NBA championships with the Spurs.