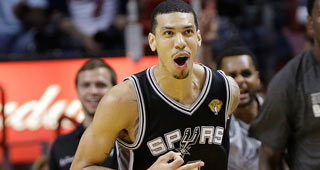 Ellis plans to discuss a long-term contract with the Atlanta Hawks and Miami Heat in free agency after opting out of the final year of his contract on Wednesday, sources told RealGM. He had an option worth $8.72 million.

As the prime template of a three-and-defense player in today's NBA, Green could command around $10 to $12 million annually as an unrestricted free agent, a former second-round NBA draft selection who will land his first major contract.

Green holds the NBA Finals record for three-pointers set in 2013. Green has a strong desire to return to the Spurs, sources said, but free agency could hold more lucrative deals elsewhere.