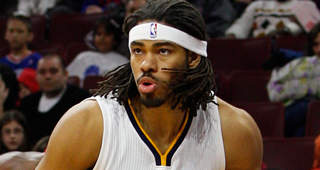 Free agent forward Chris Copeland has agreed on a one-year deal with the Milwaukee Bucks worth over $1.1 million, league sources told RealGM.

Copeland had spent the past several days mulling possible deals with the Bucks and Oklahoma City Thunder. With the Bucks slowly bringing along Jabari Parker from a torn ACL and his relationship with Jason Kidd, Copeland will compete for a significant role in the team’s rotation next season.

Copeland was stabbed outside a nightclub in New York in early April, and will be fully healthy for training camp in 2015-16.

After a breakout season for the New York Knicks in which he averaged 8.7 points, Copeland signed a two-year deal with the Indiana Pacers. In his first season with the Knicks and Pacers, the 6-foot-8 forward shot 42.1 percent and 41.8 percent from three-point land, respectively. He scored 6.2 points a night in 50 games last season.

In three NBA seasons, Copeland is a 6.5 points per game scorer while shooting 37.3 percent from 3-point field.

Copeland, 31, went undrafted in 2006 out of Colorado — playing overseas before joining the Knicks in 2012.

Bleacher Report earlier reported the agreement between Copeland and Milwaukee.