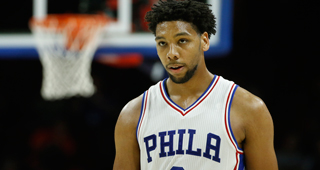 The Philadelphia 76ers have exercised their 17-18 team options on the rookie contracts of Joel Embiid, Jahlil Okafor and Nik Stauskas.

The 76ers acquired Stauskas in a trade in 2015 with the Sacramento Kings.