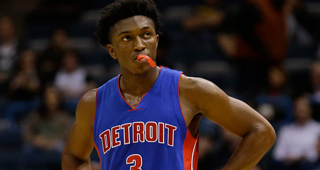 The San Antonio Spurs have attempted to acquire a wing player over the last few months.

The Spurs had interest in trading for Trevor Ariza but were unable to find a suitable trade with the Phoenix Suns.

Stanley Johnson could be a potential target for the Spurs. Assistant general manager Brian Wright was in the front office of the Detroit Pistons when he was drafted in 2015. Executives believe Wright remains a supporter of Johnson.

“Can (the Spurs) fix everything that’s wrong with him?” another NBA scout asked, pointing to Johnson’s shooting as a concern. “Maybe (the Spurs) are the culture for him to turn him around.”

Johnson will be a restricted free agent this offseason.