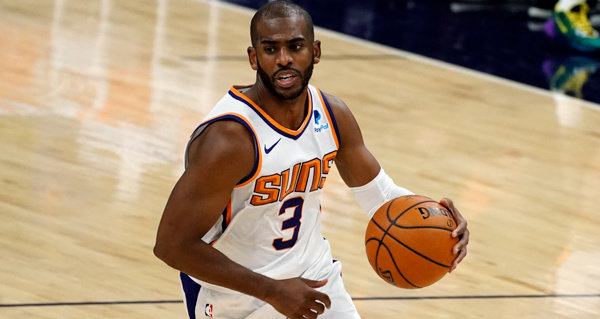 Monty Williams said it was his decision to limit the minutes of Chris Paul in Game 2 as he deals with a right shoulder contusion.

Paul wasn't on the injury report, but he played 23 minutes and just seven in the second half.

"I took him out, that was all me," Williams said. "Just looking at him holding his arm the way he was holding it, I just couldn't watch him run like that, trying to make plays. He battled. He's a warrior, we all know that. I just made a decision to take him out."

After the Game 2 loss, Williams said he didn't have specific details of Paul's injury or availability for Friday's Game 3, but he said it was "pretty obvious" that Paul's shoulder was compromised.

"He's not able to make the passes he wants. He was laboring tonight," Williams said. "I don't want to get into too many details until I talk to him about it, but you can see he wasn't even running the way he ran and dribbled the ball this morning. We're hopeful it'll get better over the next 48 hours."