Steve Nash Following Game 7: 'We Just Faced One Too Many Obstacles This Year' 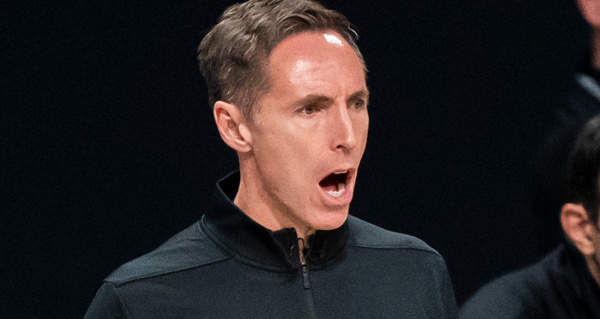 Steve Nash and Kevin Durant reflected on the Brooklyn Nets season following their 115-111 overtime loss in Game 7 to the Milwaukee Bucks.

"Game could have gone either way," Nash said afterwards. "You always know there's a chance. Anything can happen. I think we just faced one too many obstacles this year."

Durant and James Harden played 53 minutes in the game.

Durant broke a new NBA record by scoring 48 points in a Game 7.

"My big-ass foot stepped on the line," said Durant of his last-second shot that sent the game into overtime. "I just saw a little screen-shot, how close I was to ending their season off that shot, but it wasn't in God's plan, and we move on."

"I think we have guys that are extremely motivated, passionate about what they do, unselfish, willing to sacrifice, have a lot of character. I think they will regroup and be ready to go again. It's been a really difficult year. We got a lot thrown at us. They've survived it in incredible fashion. They'll get themselves ready to go again next year."