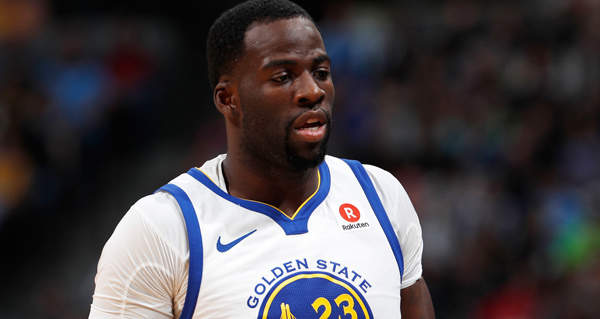 Draymond Green indicated he does not feel like it is his place to push Andrew Wiggins to receive the COVID-19 vaccine. Wiggins currently would not be allowed to play in home games for the Golden State Warriors due to an ordinance in the city of San Francisco.

Wiggins declined to elaborate on his stance to not receive the vaccine.

"And for someone who's not extremely into politics, when you make something so political and not everyone is into politics, then you can also turn those people off," Green said Thursday. "I think you have to honor people's feelings and their own personal beliefs. And I think that's been lost when it comes to vaccinated and non-vaccinated. ... You say we live in the land of the free -- well, you're not giving anyone freedom because you're making people do something essentially without making them, you're making them do something. And that goes against everything America stands for, supposedly stands for."

Green spoke with the media for approximately 30 minutes but his comments on Wiggins sparked a long defense.

"I'm not in any position to tell him what he should or should not be doing," Green said. "And as a leader of his team, I'm not going to go to him and say, 'Hey man, we really need ... .' No, you do what you feel. I'm not going to go and ask him did he get a polio vaccine? So why would I go ask him if he got a COVID vaccine? ... It's not my place or my business on whether he gets vaccinated or not -- it's your own personal choice at the end of the day what you do with your body. It's not my place to tell him what he should or shouldn't do with his. Because he's not going to come tell me what I should do with my body."