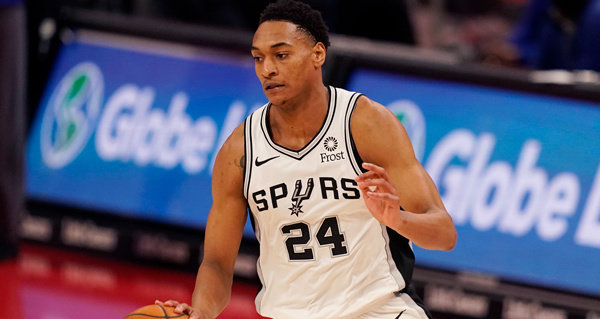 The San Antonio Spurs have exercised their fourth-year team option on forward Keldon Johnson, as well as their third-year option on guard Devin Vassell for the 2022-23 season.

Johnson is entering his third year with the Spurs after appearing in 69 games last season and averaging 12.8 points, 6.0 rebounds and 1.8 assists in 28.5 minutes. Johnson was a member of this summer's Team USA Basketball squad that captured the gold medal at the 2020 Olympics in Tokyo.

Vassell enters his second season with San Antonio following his rookie year when he averaged 5.5 points, 2.8 rebounds in 17.0 minutes over 62 games. He became just the seventh rookie in franchise history to record 50-plus three pointers in their first season.