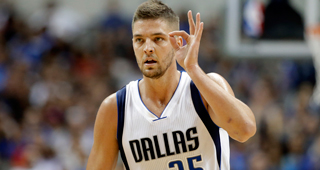 When Chandler Parsons was a member of the Dallas Mavericks, he reportedly played a key role in personnel decisions in consultation with Mark Cuban.

Parsons joined the Mavericks in 2014 on a three-year, $46 million contract.

"Donnie Nelson ultimately won a power struggle after Chandler Parsons was the primary voice in Cuban's ear for a couple of year," said Tim MacMahon on the Brian Windhorst Podcast. "Chandler Parsons had significantly more control over personnel than Donnie Nelson did for two years. That is simply a fact."

Parsons left the Mavericks in 2016 on a four-year, $95 million deal with the Memphis Grizzlies.