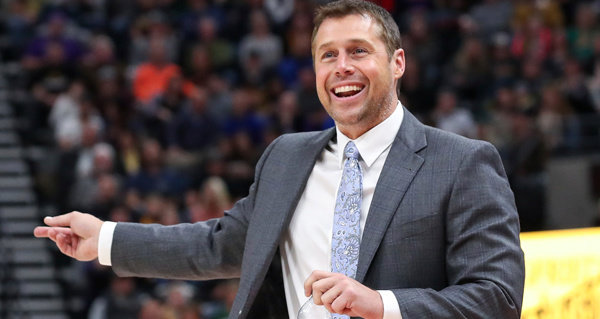 Philadelphia 76ers assistant coach Dave Joerger is going to leave the team for several weeks to undergo treatment for cancer. Joerger has been diagnosed with a "head and neck" cancer.

Joerger informed the other assistants and the players of his need to step away after their game on Saturday night. He had already spoken with head coach Doc Rivers, the Sixers front office and Sixers ownership.

The diagnosis for Joerger is a positive one, because of early detection.

"We have caught it early," Joerger told ESPN. "I'm very lucky. I've got over a 90% chance of cure rate, but it's very scary and it's not enjoyable going through. ...I can't go on the road and do radiation and chemotherapy in different cities around the country. To continue my treatment, I need to step away from the team."

Joerger said he wanted to get the news out to encourage others to undergo early detection screenings.