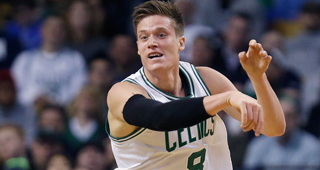 The Swedish National Team has barred Jonas Jerebko from playing for them, after the star forward signed with Russian club CSKA Moscow. Sweden has condemned Russia invasion of Ukraine.

Jerebko recently signed with CSKA to finish out the 2022 regular season. Russian clubs are currently banned from international competitions, but can compete domestically. Jerebko was added after CSKA, same as many other Russian clubs, lost players following the invasion of Ukraine.

The 10-year NBA veteran Jerebko has been playing overseas for the last three seasons. He played for the Swedish National Team has recently as late-February, when Sweden took on Croatia in a pair of games. Jerebko started both of those games, scoring 16 points in the second matchup.