Thunder Will Pick Up $1.9M Team Option For Lu Dort 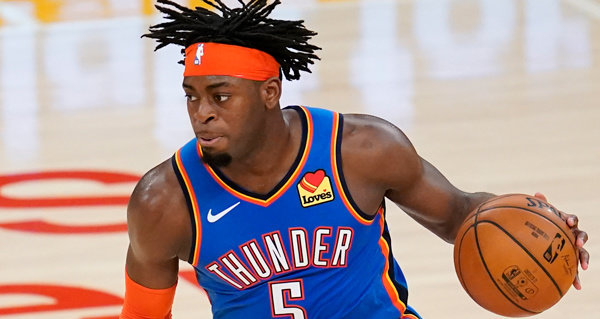 Oklahoma City Thunder GM Sam Presti confirmed that the team would exercise their option to keep Lu Dort for the 2022-23 season. Dort will now be on the Thunder's books at $1,930,681 for the upcoming season.

OKC could have declined Dort's option and made him a restricted free agent in July. That would have allowed the Thunder to control the free agent process for Dort, as they could have matched any offer he got.

Now, Dort will be an unrestricted free agent in the summer of 2023, barring him signing an extension. Oklahoma City won't have cap space this summer, as they are carrying a few big expiring deals and have over $27 million in dead money for Kemba Walker on their books.

In the summer of 2023, the Thunder are positioned to have over $40 million in cap space. That also may have factored in, as OKC may not have wanted to eat into that space with a new deal for Dort now.