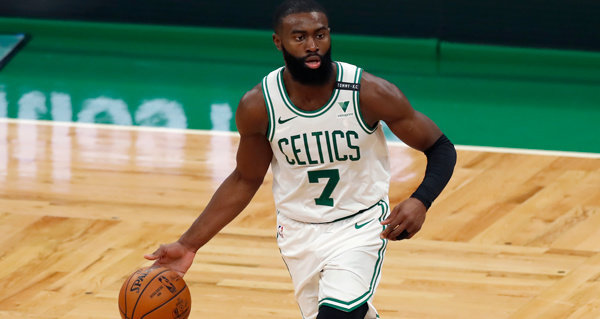 The Boston Celtics just made the NBA Finals, but they seem motivated to make it back and finish the job this time. That has Boston entering the fray for Kevin Durant.

The Celtics reportedly offered the Brooklyn Nets a package of Jaylen Brown, Derrick White and a future first-round pick for Durant. Brooklyn reportedly countered with asking for Marcus Smart, additional draft picks and maybe one more rotation player for Durant.

Durant asked for a trade from the Nets shortly before free agency opened on June 30. Boston has made roster upgrades by trading for Malcolm Brogdon and signing Danilo Gallinari. The Celtics didn't give up any rotation players in acquiring Brogdon and Gallinari.