Victor Wembanyama: My Goal Is To Be Like Something You've Never Seen 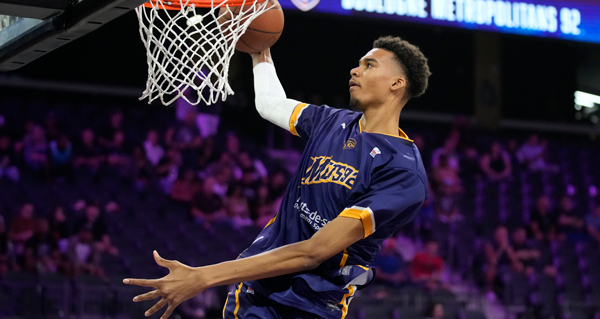 Victor Wembanyama met with United State media for the first time ahead of his Metropolitans 92 exhibition matchups against the G League Ignite. Wembanyama shared some insight into his goals as a basketball player.

"My goal," Wembanyama said, "is to be like something you've never seen."

Wembanyama doesn't have any interest in being the "Next" anyone. He just wants to be himself.

"I'm gonna tell you something that's been going on in my life, like for my whole life, since I've been a kid, even before I played basketball," Wembanyama said. "I've always tried to do [something] different. I'm not even talking about sports, whatever. Any field, I'm always trying to be original, something original, something one of one, something that's never been done before. And this is really how it worked in my life. I don't know where it comes from. I think I was born with it. I've always been trying to be original. Unique, that's the word."