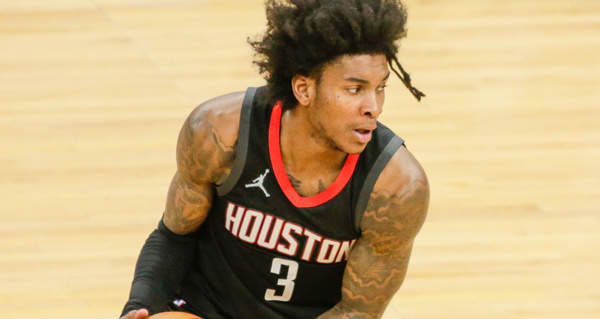 The Houston Rockets and Kevin Porter Jr. have agreed to a unique rookie scale contract extension. Porter's new deal is worth up to $82.5 million over four seasons, but there's a catch.

Only the first season of Porter's extension is fully guaranteed. Houston has protections on the final three seasons, should they want to move on from Porter.

Since joining the Rockets in January of 2021, Porter has appeared in 87 games over a season-plus. He's averaged 15.9 points, 4.2 rebounds and 6.2 assists in 31.5 minutes per game for Houston. The Rockets see Porter and Jalen Green as their potential long-term backcourt.

Porter has also had on- and off-court issues throughout his three years in the NBA. Porter was sent away by the Cleveland Cavaliers (his initial NBA team) for behavioral problems. And last season, Porter chose to leave the arena rather than return for the second half of a Rockets game against the Denver Nuggets. Porter, and then Rocket Christian Wood, took issue with criticism from Houston coaches during halftime.

These anger issues are likely the reason the Rockets have fully guaranteed only Porter's first season. Locking in the remaining years will be the motivation for the talented guard to stay focused and on his best behavior.