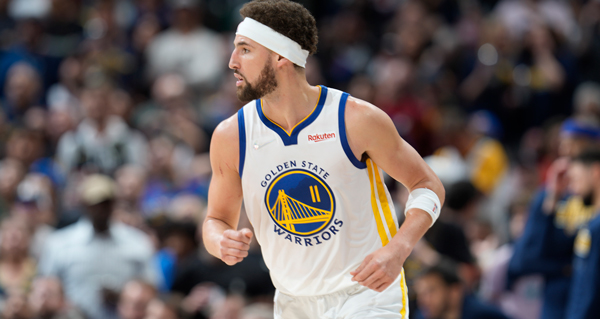 Klay Thompson is off to the worst start of his NBA career. But Golden State Warriors coach Steve Kerr said he has no plans to bench the veteran guard.

When asked if he's considered moving Thompson to the bench in favor of Jordan Poole, Kerr was emphatic in saying no.

"No, that's not something I've given any thought to," Kerr said. "Jordan & Klay are very different players. Jordan's on the ball, Klay's off the ball...Klay is a starter. That 5-man unit is the best in the league."

Through nine games, Thompson is shooting a career-low 36% from the field, including just 32.6% on three-pointers. For his career, Thompson has shot 45.6% from the floor and 41.5% from behind the arc.