Giannis Antetokounmpo Says Evan Mobley 'Can Be Better Than Me' 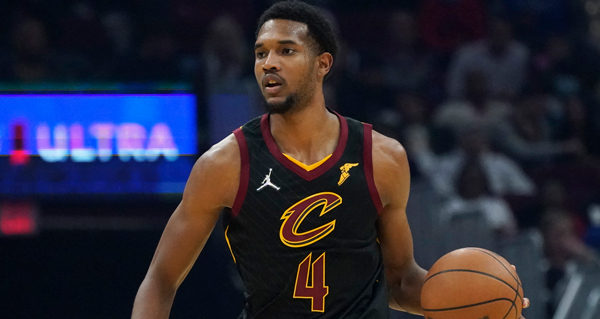 Giannis Antetokounmpo had high praise for Evan Mobley after his Milwaukee Bucks dispatched the Cleveland Cavaliers on Friday.

“He can be better than me,” Antetokounmpo told cleveland.com about Mobley. “I don’t see why he can’t. It’s up to him. I will always try to improve. Every day. But he has the skill set to be a very, very good player. He’s 7-feet tall. He can move really well. He can shoot. He is very smart. As you said, he watches tapes of other players, which is very, very good for a young player. If he takes this seriously, he is going to be great.”

Antetokounmpo added that it's just a matter of time before Mobley is one of the best players in the league. Antetokounmpo also expressed appreciation that Mobley said he looks up to the Bucks star.

“I did it myself, looking up to other players, trying to make my game like theirs. But at the end of the day, everybody is unique, and everybody has a unique game. You try to take as much as you can from the person and apply it to your game and kind of form your own,” Antetokounmpo said. “For me, it’s a great compliment. Evan has a bright future. If he keeps working, he’s going to be really good. He plays the right way. He plays hard. He does everything for his team to win and they have been winning more. He has the skillset. He has the body. It’s just a matter of time until he figures out the game, what he can do and how good he can be. I see the thirst and hunger from him.

“It’s just a matter of time until he has a breakout season and becomes one of the best power forwards in the league.”