Kristpas Porzingis: I Just Wasn't The Right Guy To Pair With Luka Doncic 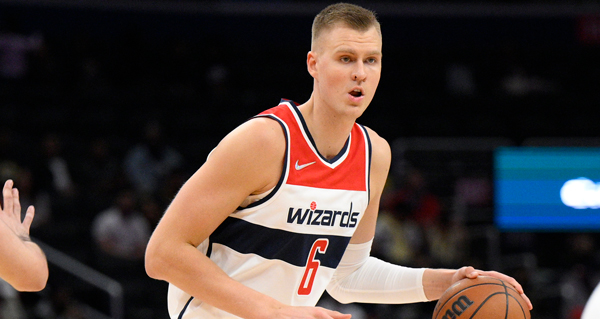 The Dallas Mavericks hoped to have one of the NBA's best star duos when they added Kristaps Porzingis to Luka Doncic via trade with the New York Knicks in 2019.

Dallas subsequently signed Porzingis to a five-year, $158 million max contract before he had played a game with the franchise. Porzingis was coming off a torn ACL in his left knee.

“On paper, it would be the perfect fit, but it just didn’t mesh the way that we wanted to,” Porzingis told Yahoo Sports. “We just did not mesh together well. Sometimes it’s like that in the workplace, you know? It just didn’t work out the way you expected.”

Doncic and Porzingis played well on the court from time to time and even found some commonalties off it.

“Luka is a generational talent. You have to put the perfect team around him to try to get the maximum out of him, you know?” Porzingis said. “I just wasn’t the right guy.”

The Mavericks began exploring the trade market for Porzingis as the 2022 trade deadline approached. The Mavericks and Washington Wizards had discussed other trade frameworks, but first discussed Porzingis with only minutes before the deadline.

Porzingis has played better with the Wizards and hopes to remain long-term.