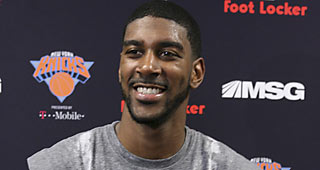 O.J. Mayo is set to continue his basketball career in Egypt. Mayo is reportedly joining Zamalek SC of the Egyptian Basketball Super League, according to reports out of Egypt.

The 35-year-old guard hasn't appeared in an NBA game since 2016 with the Milwaukee Bucks. Mayo was then suspended indefinitely for a drug violation. He was eligible for reinstatement prior to the 2018-19 season.

Since leaving the NBA, Mayo has played for teams in Puerto Rico, Taiwan, Japan, China and Russia. He was most recently with UNICS Kazan in Russia. In 26 games with UNICS last season, Mayo averaged 5.5 points in 13.7 minutes per game.