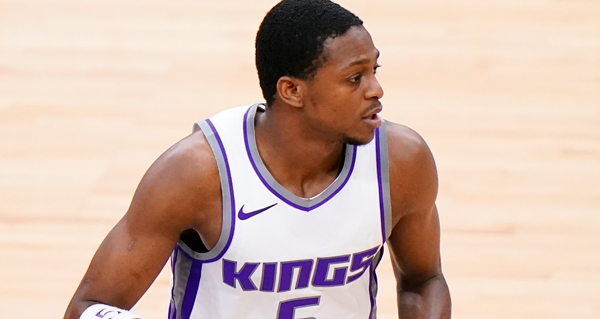 The Sacramento Kings have gotten off to a 13-10 start that sees them sitting in fifth place in the Western Conference. Unfortunately, the Kings floor leader is playing through an injury to help Sacramento chase a playoff spot.

Following a loss at the Milwaukee Bucks on Wednesday, De'Aaron Fox was spotted having his foot attended to by a member of the Kings medical staff. Fox said he's been dealing with a bruised right foot.

Fox said the injury occurred in Sacramento's game against the Orlando Magic on November 5. Despite saying the injury is bothering him "a lot", Fox doesn't expect to miss any games. Fox said the bruise is about pain management more than any risk of further damage and that he's "played well" over the last month-plus while dealing with the injury.