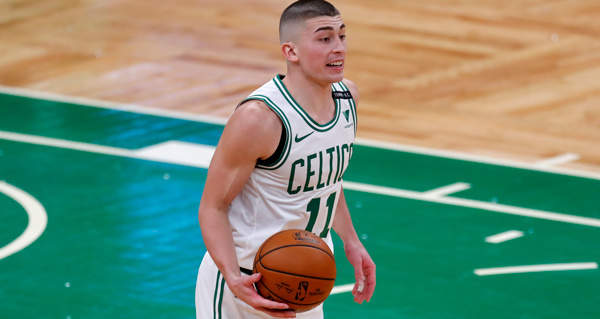 The Boston Celtics have a deep backcourt with Marcus Smart, Derrick White and Malcolm Brogdon all capable of playing either guard position. In addition, Jaylen Brown and Jayson Tatum occasionally play the two in bigger lineups. That's left third-year guard Payton Pritchard out of the rotation when the team is healthy.

But don't expect Boston to trade Pritchard before next month's trade deadline. The Celtics still see him as a valuable part of the organization. This is especially true with Smart and Brogdon having gone through periods of missed time in their careers.

It's expected to be a fairly quiet trade season for the Celtics. They have no glaring needs and a deep roster. It may be more about what other contenders do to shore up their rosters, as opposed to anything Boston does by the February 9 trade deadline.