Duncan Robinson Out At Least Four Weeks With Surgery On Finger 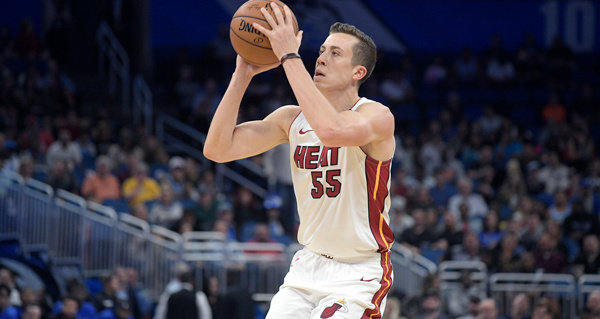 Duncan Robinson underwent successful surgery on Wednesday to repair a ligament of the second finger in his right hand. The 35-minute procedure was performed at the Linden Surgery Center by Dr. Steven Shinn at Cedars-Sinai Hospital in Los Angeles.

Robinson will begin rehab next week and be re-evaluated in approximately four weeks.

Robinson, who initially suffered the injury during shootaround on November 18 at Washington, has appeared in 28 games with the Heat this season.