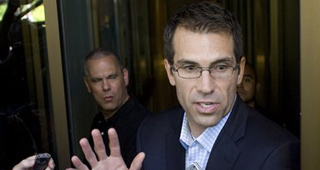 The Atlanta Hawks are in serious talks to hire Chris Grant as a senior adviser to Landry Fields, sources tell Shams Charania of the Athletic.

Grant spent nine seasons with the Hawks from 1996 until 2005 before serving as an assistant general manager and general manager for the Cleveland Cavaliers from 2005 to 2014.

Grant is currently a scout for the San Antonio Spurs.