Notes From The 2018 Basketball Without Borders Global Camp 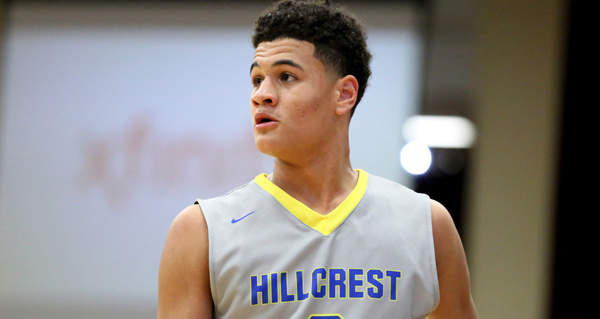 While All-Star weekend often ends up as a fluffy celebration of the NBA, the event brings the basketball world together in one place and that has also opened the door for other opportunities with more substance. Arguably the most significant of those other activities is the Basketball Without Borders Global Camp, which has tied in with All-Star weekend since 2015. While the program’s focus is developing young talent outside the United States, doing a camp at All-Star brings some of the best teenagers from around the world into the NBA orbit, often providing the first chance for evaluators to see these players in person.

The campers are mostly sixteen and seventeen years old, pushing the analysis more towards their eventual fit professionally and/or college future since they are still a few years from the NBA. Still, a group of campers stood out as being worth watching moving forward:

Sekou Doumbouya has an NBA frame at 6’9” despite turning 17 just a few months ago. He will need to get stronger to defend on the perimeter but has the frame of a combo forward and appears to be on the way to developing that skillset as well. Doumbouya’s handle and shot are not spectacular but good enough for a forward and the physical tools are there for him to defend at either forward position long-term.

Josh Green may have been the biggest standout of the first two days, as the Australian showed a compelling combination of athleticism and skill. He was able to finish with force at the rim, get by his man fairly frequently and defend in both individual and team responsibilities. There are always sample size issues with a three-day camp but Green looked like an eventual NBA player here.

Like Doumbouya, Paul Eboua is a wonderful reflection of where the forward position is headed sooner rather than later. He is capable but not spectacular with the ball in his hands, which lines up with current expectations for a low-tier option offensively, and possesses serious defensive versatility. The 18-year old needs to get better of course but has the building blocks of a valuable professional at the league’s most scarce position.

Thinking a player is smaller than he is can be either a significantly positive or negative thing depending on the context. Canada’s AJ Lawson moves like a smaller player due to his quickness and thin frame but is actually 6’7” and could eventually become a versatile defender. At this point, Lawson looks like an off-ball player at higher levels of competition but that is not a problem whatsoever if he can get more comfortable in catch-and-shoot situations, since his handle is close to good enough to handle closeouts if he can hit enough shots to generate them.

Luka Samanic came in with a lot of hype after earning the MVP at Spain’s Adidas Next Generation Tournament and certainly has an fascinating skill-set but looks to be a strange fit in terms of the NBA. He does not have the frame or wingspan to be a rim protector but has a better shot as a modern power forward defensively, though that could be a struggle too. Samanic’s comfort and judgment with the ball in his hands is a major strength and that combined with his jump shot could open up opportunities on second units at the absolute minimum.

Tyrese Samuel was not as consistent as the other impressive forward-sized standouts but demonstrated the tools necessary to be successful. He looked to be a legit 6’8” and surprisingly comfortable with the ball in his hands for a support player. Samuel’s jumper was similarly surprising and he has the capacity to defend and rebound at either forward position, though that will require more consistency in effort and execution than he showed in the camp.

Charles Bassey was inconsistent like Samuel but ended up the camp’s MVP for some unknown reason. That said, there were times when Bassey stood out even against this competition due to his combination of length and first jump. Those are the foundation of a strong rebounder and ideally shot blocker but that requires more buy-in than he showed over these three days. It will be fascinating to see how Bassey’s game develops and where big man responsibilities are when he is ready to play high-level professional basketball.

A few others worth mentioning:

Aleksander Balcerowski was arguably the most entertaining player at the camp, as the seven-footer can handle the ball, pass and shoot as a true center. He was a spark with the ball in his hands at midcourt on the break a few times, though that is not exactly a situation that should happen often with a true center.

Killian Hayes has the first step and athleticism to become a difference-maker but needs a reliable jump shot to make the jump from Cholet (impressive for a 16-year old) to the NBA. That said, he absolutely has the capacity physically to do it and will be worth watching in camps for the next few years.

If you want to feel old, N’Faly Dante was born October 19, 2001 and did not look out of place as a center at the camp. Dante had a few nice blocks and has the building blocks to become a useful player at high levels down the road if he works hard on his body and skill level.