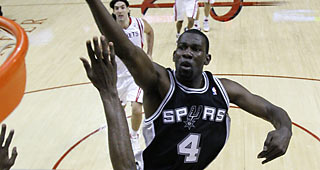 It was 1998 and we didn’t know any better. There’s a point in the NBA calendar when the league probably shouldn’t be written about, in that month-long stretch before the playoffs begin, where the white of winter meets the warm greenness of late spring and the ground melts into beef stew, when ennui has overcome the title contenders and bottom feeders, and all we’re figuring out is which of the league’s more tenacious mediocrities are going to get walloped in the postseason’s opening round. We could stand to take a pause then, renew friendships or take up stargazing, but of course we don’t, content never sleeps, and even in an era when weekly sports magazines weren’t circulating what we would consider old news and the copy locked in on Sunday was still fresh when it reached out mailbox on Thursday, there were empty wanting frames to fill up with crap, the need for a basketball thing—a basketball anything. Just don’t make it about the Bulls; we’re going to be talking about them throughout May and June.

This is how you end up, presumably, with a Sports Illustrated feature that lightly yet persistently compares a young Michael Finley to the soon-retiring greatest of all-time. There’s a hook, sure: Finley was a high school star at state championship-winning Proviso East, just west of the Chicago city line, and when he was 18 years old, he visited the Bulls practice facility and played a game of HORSE against Jordan. (Here’s a surviving TV news clip about it, complete with phenomenal early 90s intro graphics.) Upon meeting Jordan, Finley is endearingly overawed. He admits he’s got butterflies and clanks a lefty jumper, then throws down a tomahawk dunk. Jordan jokes that the younger Mike is stealing his material. Finley loses, after perhaps putting a letter or two on M.J. “I think he was nervous,” Jordan says. “He brought all his buddies from school. Made ya nervous didn’t it?” Then he makes an offhand comment about maybe seeing Finley in the league in a few years, which is more like a celebrity being nice to a local teenager than an act of prescience, but it did turn out that way.

It’s a neat anecdote, albeit one without a clear point or punchline, something you might reasonably feature in a story about a 25-year-old Finley coming into his own, used as a groaning chickenwire skeleton on which to graft sentences like “such competitiveness and hunger to prove critics wrong are signs of Jordan's influence” and “Finley… embraces Jordan’s substance more than his style.” It’s a tough sell—it would be a tough sell if the profile were about Allen Iverson—undermined more or less completely by the acknowledgement that Finley is wrapping up a productive individual season in which the Mavericks are about to finish 20-and-62.

It can happen to anybody, the piece that strains to recover meaning from April basketball’s murk. You lavish the dog in Italian silk, admit to yourself it looks kind of stupid, and call it a byline.

In reality, Michael Finley existed at the threshold of stardom. He was the chief counterweight to Jason Kidd in the trade that sent Kidd to Phoenix, having come out of Wisconsin more NBA-ready than expected in 1995, averaging 15 points, 4.6 rebounds, and 3.5 assists per game in his rookie season. By the time an SI reporter showed up at his locker, Finley had become an exciting talent, not the caliber of player who could singlehandedly will a miserable squad toward competence, but a well-rounded offensive force who could get difficult buckets off the dribble, create easy ones for teammates, and catch and shoot from behind the three-point line.

His style—how best to put it? Like if Joe Johnson drove a monster truck. Finley was a fine isolation artist, jab stepping and pulling up and fading, but he was startlingly powerful in the paint. A move that looked like it might result in a baseline jumper would suddenly transform into a flat, violent leap at the rim, which Finley would pull down onto the head of larger defenders. He was typically a quiet guy, but here he would turn away from the basket, stiffen, and scream.

To slightly contradict the SI piece: all Finley offered in those early Mavs years was style, whatever degree and kind of it he had. He was operating in blank space—the team’s second leading scorer in 1997-98 was Dennis Scott!—and the excitements he produced composed the sum total of excitement available. (Well, that and watching Shawn Bradley slathered in honey and running for his life every night.) He established nothing so much as the fact that he could post numbers on a bad team, honed spinning fadeaways and juddering step-through maneuvers, reverse layups, jump-passes. He poured the whole of his expanding ability into double-digit losses and got back—well, what does it feel like to score 38 points on a Saturday night in Denver? Probably pretty good. Probably it’s fleeting.

Finley wasn’t going to be Jordan, or really anything like Jordan. But at 24, 25, 26, his career was still a splintering branch of possibility. Here’s how it went: a German beanpole showed up in North Texas, rather quickly proved to be a dynamo, and Finley slid shotgun. It was a graceful transition, and that’s not a minor thing. Many lesser players in their primes have asserted their supremacy over young hotshots. But Finley understood what he was, how the shape he had assumed in a vacuum fit snugly beside Dirk Nowitzki. They won a lot of games together in the early-to-mid aughts, Dirk transcending and Finley capably working a gig. Because they’re brothers in floppy hair and flannel, Steve Nash tends to get most of the credit for helping Dirk acclimate to life in the states, but Dirk is often quick to mention that Finley’s nigh-perfect professionalism was a beacon. He knew exactly what was required of him, because Finley had been doing it for years.

Deteriorating in his early 30s, Finley left for San Antonio, won a ring as a no-coaching-required bench guy for the Spurs in 2007. He’s back with the Mavericks these days in a front office job, because he’s sharp and reliable, and because Dallas is where he seems to belong. It’s where he made something of himself as a player, then became another, more tangible thing as a worthy sidekick on competitive teams, where idle spring visions of him seizing the league in a way he never would gave way, happily, to hard-won satisfaction.