Avery Bradley Heeds Direction From Garnett, Pierce In Rise To A Celtics' Leader 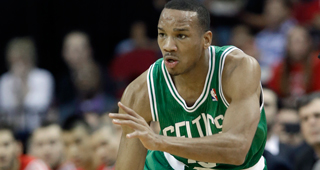 For the depth to which Paul Pierce and Kevin Garnett infiltrated locker rooms, brought back championship respectability to the Boston Celtics, Avery Bradley absorbed his old veterans’ most subtle traits. From the ferocity with which Garnett and Pierce had to the dignity they distributed in every way, Bradley rekindled how those virtues never left from their unproven Minnesota Timberwolves and Celtics seasons, to legitimate contention in Boston.

Out of Boston and onto Brooklyn, Pierce and Garnett understood leaders on their former team would be newly cultivated. As much as anything, Bradley heard from them that being a foundational part of the Celtics’ rebuild wouldn’t be easy – that there’s a preciousness to patience, to discipline.

“They told me this was going to be hard,” Bradley told RealGM. “At some point in their careers, they both played on teams that were very young, and that’s how our team is now. It takes time, but if everybody buys into what we’re trying to do, everything works out.”

Bradley has been a solidified voice for these Celtics, and him developing a close relationship with Jeff Green has proven a reliable influence on a hard-playing team. Already, Brad Stevens has established a rapport within his locker room, a scheme on both ends of the court; infusing seven wins a month into the season.

For Stevens, Jordan Crawford has grown into a playmaker and Jared Sullinger is continuing his basketball growth, adding range and versatility to his jump shot. Nevertheless, the Celtics feed off Bradley’s tenacity on defense and he knows how critical his outside jumper is to the offense. In Bradley, teammates see a little more Pierce than Garnett, more action and force than rah-rah and verbiage.

“I don’t really speak much, I try to lead by example,” Bradley said. “I definitely learned leadership from the guys that were here before, because the Celtics have a culture. Playing hard and respecting the game – I try to keep that going, hoping it rubs off on my new teammates and some of the younger guys.”

Those three seasons under Doc Rivers and Pierce and Garnett went so far in instilling lessons into Bradley, and at 23, his value had been made clear last month when Danny Ainge held negotiations on a contract extension.

Bradley told RealGM he never got a sense about whether an extension was close, and his approach has kept him from straying in focusing on the season – separating himself from the way contract discussions impacted Gordon Hayward.

“I can’t read the future,” Bradley said, “but all I can control is improving every single game, improving for my team.”

Over a summer of sharpening his ball handling and smoothening his jumper, Bradley replayed situations from his most extensive memories last season. As a combo guard asked to play more point guard late in the year, he knew struggles would come in placing the Celtics into proper offensive sets. Yet, everyone around the Celtics expected out of Bradley nothing but further repetition in the offseason – now off to a career start.

“I was put in situations where I had to learn both guard positions,” Bradley said. “I just have to keep improving each game now. Once I got the chance, I knew everything would work out. My main thing now is just consistency.”

Paul Pierce and Kevin Garnett had returned significant winning to the Celtics, but mostly a fury and respect to the game that incoming leaders like Bradley needed to grasp. Avery Bradley was so used to 50-win seasons in his first three NBA years, the deep playoff runs, and on their way out his two past vets let him know this rebuilding process won’t be simple and will take all the patience Boston’s got.