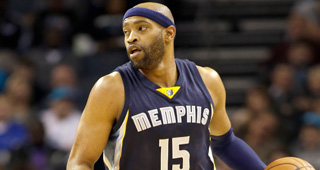 This is not a new generational phenomenon that some Atlantic writer just keenly discovered a few years ago: truly, no one has ever known how to grow up. The William Holden Era model of adult masculinity—suit and tie, a drinking problem, never discussing anything more fraught than engine repair—got chucked because barely not exploding with rage is no kind of stasis, and women have increasingly rejected marriage and motherhood as things that define their post-adolescent existence because they want to be understood and understand themselves as their own people rather than what they are in service to others. All that’s new—and it’s not something that happened one day; it’s been happening continually for decades—is we’re living through a time when more folks than ever openly admit they don’t know what the hell they’re doing.

We wake up each day to the horror of consciousness, and sometimes that motivates us to useful and productive action and at others the air conditioner is broken and we lie sweating and thoughtless in our discontent for a half-hour longer than we should, but there is nearly always, on good days and bad, an absence of the feeling that we are becoming better people, either because we aren’t or don’t have the time or ego to appreciate that we are. And besides, if you think you’re nailing this, you’re probably a jerk. We’re all failing in our own way, and the regular acknowledgement of this is the only path toward improvement.

Vince Carter left Toronto as a pariah. It’s just time for me to look after me, he told the Star during the 2004 offseason. That was the last straw—he got shipped to the Nets after twenty games—but the end of his Raptors tenure had been coming for a while. In his fourth season, he developed persistent knee issues that rendered him less than sublimely athletic. His game lost some of its violent gymnasticity. He missed seventy games between 2001 and 2004 and exited a large handful of others early. Fans and journalists chastised what they perceived as a refusal to play through even mild injury, and behind the scenes Carter allegedly disrespected general manager Rob Babcock and head coach Sam Mitchell. For years after his exit, he was booed by the Air Canada Centre whenever he returned as a visitor.

In the fall of 2014, Toronto forgave him. When the Memphis Grizzlies visited, the Raptors played a video tribute to Carter, positing him as a transformational figure in the history of the then-young franchise and showing a montage of the beautifully powerful dunks he threw down during his time as an honorary Canadian, and in the middle of it, the crowd rose and Carter began to cry grateful tears. I hate that it ended that way, he said in the video. Because there’s so many great memories here and great times. Boilerplate stuff, maybe, but Carter was thirty-eight at the time, well past his prime, but still putting in serviceable shifts for the Grizz and coming off three solid seasons in Dallas as a floor-spacing glue guy. He had been around; his words had gravity. He spoke with the hard-won sincerity of somebody who had done no small amount of living and reflection.

About that Dallas spell: he nailed a playoff buzzer-beater for the Mavs in 2013, creating some space for himself with a vintage, no-panic old man pump-fake, then releasing a smooth, slightly fading three. In the postgame presser, a reporter started to ask him about the infamous and strikingly similar would-be series-winner he clanked back in 2001 against the Sixers, and Carter good-naturedly interrupted him: 2001. May 20th. Game Seven. Yeah, I remember. Basically expressing that he was as over that trauma as he’s ever going to get, which is to say only sort of.

If we’re struggling with what growing up means, that’s a helpful definition: letting go, but not letting go, and moving forward. Vince Carter peaked at twenty-four. Those knee injuries made him a different player. He alienated the Raptors and put up fine numbers for eminently okay and forgettable Nets squads and started to fall off sharply in Orlando and Phoenix. And it seemed like—the word disappointment conveys a degree of judgment that’s not fair to Carter. He was a whit immature and entitled in his younger days, but his knees are more to blame for him not reaching the heights we imagined he might than any kind of personality defect or problem with his work ethic. But, his fault or no, he was a little bit of a disappointment. He could have won MVPs, competed for titles. Instead, along with his cousin Tracy McGrady, he became one of his generation’s most viscerally entertaining stylists, but never led a team through a deep playoff run. Except McGrady’s career was completely derailed by injury and Carter has assembled an admirably workmanlike twilight. He was a god and now he’s just an employee. He’s improbably cool with it in a way few moderately washed up former stars have ever been.

Of course, Carter is well past the point where, even if he had been born with sturdier joints, he would have begun to decline. And he can still pull off three-sixty dunks in practice, so there’s that. As great as it must feel be to be able to do the things Carter once did, being a professional athlete—especially one of the very best in the world—must also be a drag in the sense that you start to get markedly worse at your life-consuming pursuit by your mid-thirties at the absolute latest. Many writers and lawyers and chefs are still perfecting their craft through their fifth and sixth decades. Athletes are well into retirement by then, and the only choice they have is to make the most of the time that’s given to them and make peace with the fact that it’s going to run out quickly.

Carter knows his time isn’t up yet, and though it will be soon, the ability to make an NBA roster at forty isn’t nothing. The Kings think he still has something left to give. He can chip in some bench minutes, hit threes from the wing, and school De’Aaron Fox and Harry Giles. He’ll do it all with quiet aplomb. Because he hasn’t figured this whole being alive thing out—nobody has—but he’s demonstrably learned some stuff and he’s applying it. He’s done getting better at basketball, but there are other things to work on. And though not everything has played out just the way he would have liked, Vince Carter has something to be deeply proud of: he’s grown.