Howard, Paul Have Big Financial Incentive To Be Traded Before Deadline 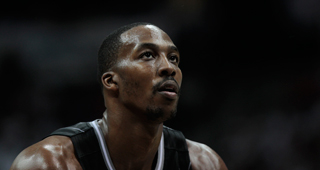 The financial implications of the new CBA for Dwight Howard and Chris Paul could be significant, depending on where each player wants to spend his future.

Howard can play the entire 11-12 season with the Magic, opt out of his deal and end up elsewhere (by signing outright or sign-and-trade) for $80.5 million over four seasons. If he gets traded before the deadline, opts out and then re-signs with the team that acquired him, he can sign for $110.8 million over five seasons.

In other words, Howard and Paul would be able to preserve their Bird rights if they're moved before the trade deadline -- the acquiring teams would hold these rights and could therefore exceed the soft cap to offer them maximum-salary contracts.  But under the new rules, Bird rights can no longer be transferred in any sign-and-trade deal.