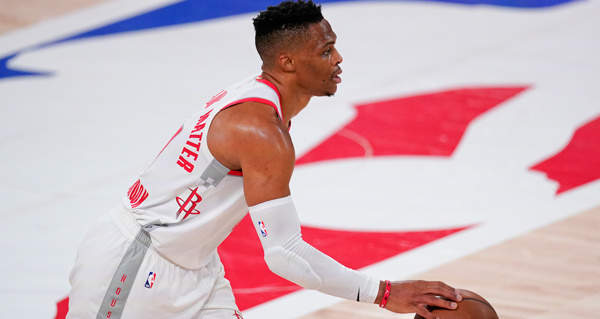 The trade market for Russell Westbrook has been slow to develop with the Washington Wizards being one of the teams to emerge in conversation with the Houston Rockets. But Shams Charania of The Athletic reports that the Cleveland Cavaliers also held talks with the Rockets.

"They talked to Washington about John Wall, which I reported," said Charania on the Complex Load Management podcast. They talked to Cleveland, I'm told."

While Westbrook has limited trade value around the league at present, the Rockets have sought an extensive trade package for him.