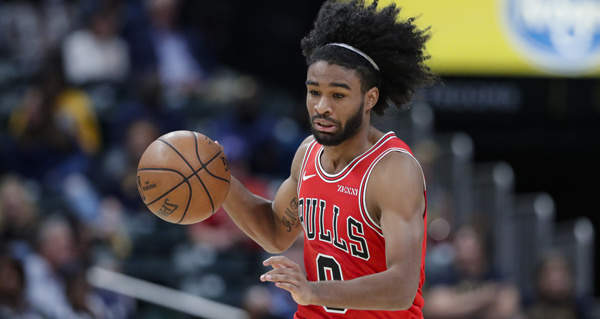 Coby White has been cleared to return to game action for the Chicago Bulls following his offseason shoulder surgery.

‘‘Provided everything goes well with his stuff here [Sunday] — no setbacks, which we don’t anticipate there being any — he’ll be cleared to go,’’ Billy Donovan said.

The Bulls acquired Lonzo Ball, Alex Caruso and Ayo Dosunmu this offseason, which will limit the minutes available to White.

‘‘It’s not like he’s playing afraid or tentative on defense,’’ Donovan said. ‘‘It’s not even about that. He’s just got to get into the physicality of the game. He’s got to work on that kind of stuff. He’s not shying away from playing defense, he just hasn’t done it for six months.’’