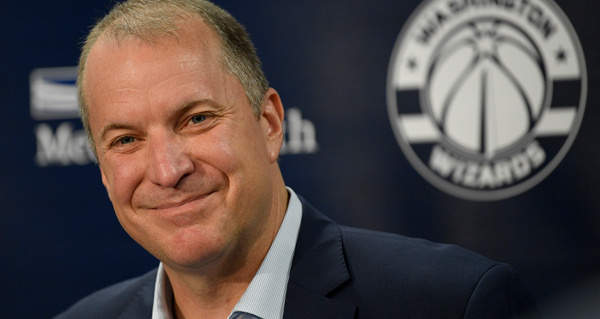 Since Sheppard was named general manager and Brown was brought onboard in July 2019, the Wizards have shown continued improvement every season with both leading their respective areas. The team made the playoffs last season for the first time since 2018 and currently sits at 10-3, their best start since the 1974-75 season. Sheppard and Brown, who have also been signed to multi-year contract extensions, both report directly to Monumental Sports & Entertainment Founder and CEO Ted Leonsis.

“Tommy has effectively improved our team each year of his tenure by following the plan he laid out to us as his vision when we hired him as general manager and Sashi has been instrumental in making us a leader in analytics, research and player engagement while efficiently streamlining operations across all of our basketball teams and venues,” said Leonsis. “Their combined efforts have put us in a position to compete now with an exciting and hard-working team while also having the flexibility to execute our long-term strategy of building a championship program that is a leader in the community.”

Sheppard will continue to be responsible for all basketball decisions for the Wizards, the G League’s Capital City Go-Go and the NBA 2K League’s Wizards District Gaming. The coaching staff, front office, basketball analytics staff and scouts for all teams will report to Sheppard and he will continue to be the sole point of contact for player negotiations.