Jeff Green Out At Least Four Weeks With Hand Fracture 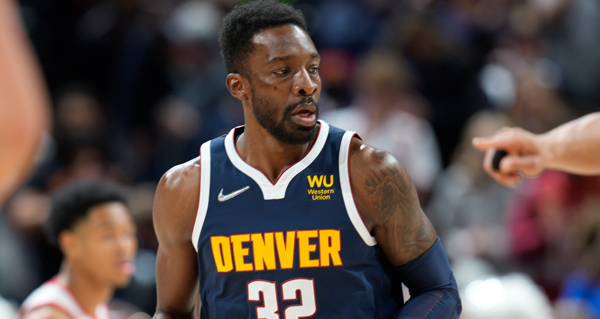 Denver Nuggets reserve big man Jeff Green is going to miss at least four weeks after getting injured during Friday night's victory over the Portland Trail Blazers. Green suffered a left finger sprain and hand fracture and will be re-evaluated in four weeks.

In his 15th NBA season, Green has been a valuable reserve for Denver. He's averaged 7.5 points in 19.3 minutes per game. Green has also shot a career-high 52.7% from the field in his second season with the Nuggets.